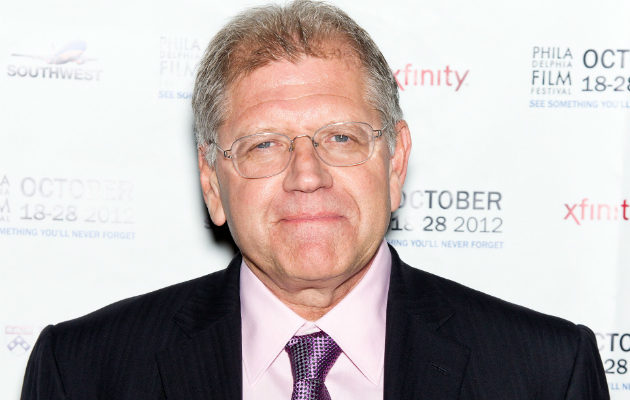 Disney's 2011 family adventure Mars Needs Moms wasn't just a box office disappointment; it was a box office disaster, one of the worst in movie history. Mars producer Robert Zemeckis, appearing at the Philadelphia Film Fest with his latest Oscar-hopeful, Flight, prefers to remember Mars Needs Moms another way: "It's the best 3-D movie since Avatar."

Zemeckis's bold answer matched the bold question that prompted his trip down memory lane during Flight's post-screening Q&A session on Saturday night. Following a string of massive career hits ranging from the Back to the Future franchise to Oscar juggernaut Forrest Gump, the Zemeckis-produced Mars Needs Moms opened last year as the filmmaker's most high profile critical and commercial failure.

ImageMovers Digital, the Zemeckis-founded CG house that produced Mars as well as his own films The Polar Express, Beowulf, and A Christmas Carol, was shut down after completing Mars, while plans to embark on a Yellow Submarine pic with Disney were also scrapped; needless to say, it's probably not Zemeckis's favorite topic of conversation. (For what it's worth, Flight, Zemeckis's Denzel Washington-starring return to live-action film, played well with the Philly crowd.)

But one Philadelphia Film Fest attendee was eager for answers. Film critic Martin Schneider penned a reasonably questioning if snarky review of Mars Needs Moms at the time of release, criticizing the film for a slew of offenses ranging from its animation to character development, with particular scrutiny of the film's "anti-gay," anti-progressive gender messaging. He seized the opportunity during the Philadelphia Film Fest closing night film event to share how offended he was by the film, asking Zemeckis to explain: What happened?

For his part, Zemeckis didn't flinch. Prior to the film's screening, Philadelphia Film Society Executive Director J. Andrew Greenblatt told the audience that the director would be taking questions, and that they could "ask him anything." It's tough to say whether or not Zemeckis expected the subject of his history-making bomb to pop up, but when faced by his accuser he kept his cool under pressure, like Denzel's alcoholic hero Whip Whitaker. And then Zemeckis flew the airplane upside down, so to speak.

"It was not marketed properly," he said of the 3-D CG sci-fi flop, which cost a reported $150 million to make and made back just $38.9 million upon release, becoming the worst Disney performer of all time and one of the most miserable wide release 3-D openings in history. Zemeckis said Mars Needs Moms had been lost in the studio shuffle. He called it "breathtaking."

Meanwhile, in a career built on crowd-pleasers and after a decade spent attempting to bridge the uncanny valley with CG children's films, Flight marks only the second film Zemeckis has directed to earn an R-rating. (His first? 1980s's Used Cars.)

Rated R "for drug and alcohol abuse, language, sexuality/nudity, and an intense action sequence," Flight wasn't gunning for anything less, given its full-tilt dive into the depths of addiction. "There was no way an adult drama was ever going to be anything other than R-rated," said Zemeckis.

Still, he earned applause with a parting shot at the MPAA: "I hate the ratings system. I think it's horrible and despicable, and we should get rid of it."

For more info on the Philadelphia Film Fest, head here.