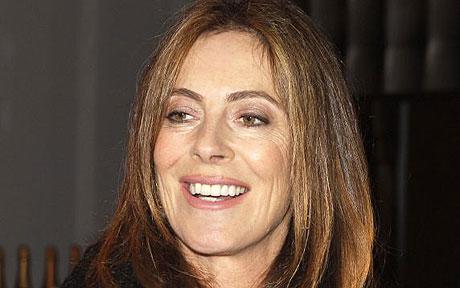 Also in Wednesday evening's round-up of news briefs: Garden State filmmaker Zach Braff is readying a comedy series for ABC. The Academy announces its Screenwriting Nicholl Fellowship winners and a Bin Laden raid film produced by Harvey Weinstein has Republicans in a rage.

Academy Announces Nicholl Fellowships
Five writers have been selected as recipients of the Academy Nicholl Fellowships in Screenwriting competition. Each writer will receive $35K and will be feted at a November 8th gala in Beverly Hills. The winners are: Nikole Beckwith (Stockholm, Pennsylvania), Sean Robert Daniels (Killers, James DiLapo (Devils at Play), Allan Durand (Willie Francis Must Die Again) and Michael Werwise (Extremely Wicked, Shockingly Evil and Vile). The winners were selected from 7,197 entries.

Kathryn Bigelow's Zero Dark Thirty May Not Open Wide Until January
The possible Oscar contender may only open in NYC and LA on its official opening date December 19 and may only open more slowly across the country, theater owners have been told. It may expand to the top 10 - 12 markets January 4 and then nationwide January 11. The film depicts the raid that killed Osama Bin Laden, THR reports.

Johnny Depp Eyes Transcendence
The film will be the directorial debut of cinematographer Wally Pfister (The Dark Knight Rises) The Alcon Entertainment/Warner Bros. project is set for an early 2013 shoot. Details of the plot are being kept under wraps, but the screenplay is written by newcomer Jack Paglen, Deadline reports.

ABC Buys Zach Braff Comedy
Braff will write, direct and executive produce Garage Bar, which will combine a "workplace idea with the heart and humor of Braff’s 2008 feature Garden State. It will center on a group of friends who start to experience the ups and downs of fame when one of them becomes a pop star," Deadline reports.

Bin Laden Film Incenses GOP
A film about the killing of Osama bin Laden, which will air two nights before the US presidential election, has been re-edited to feature more footage of Barack Obama, prompting accusations Hollywood is trying to swing the vote. Harvey Weinstein who has contributed to the president's campaign, tweaked the film Seal Team Six: the Raid on Osama bin Laden to broaden Obama's role, The Guardian reports.