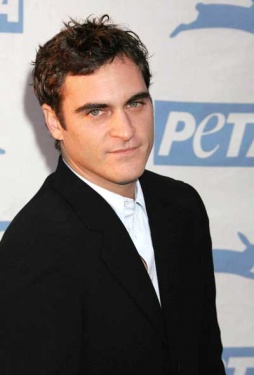 Joaquin Phoenix has a collection of awards nominations and wins that many actors would look upon with envy, but he is calling, "bullshit." The actor won applause at the Toronto International Film Festival for his role in Paul Thomas Anderson's The Master and he even picked up a Best Actor prize at the Venice Film Festival last month (shared with Philip Seymour Hoffman). But the actor said he thinks the whole process is the "stupidest thing in the whole world."

Speaking with Interview magazine in their latest issue about a wide-range of topics, the two-time Oscar nominee blasted the awards race, saying he'd like to stay clear of the machine, even as the current season - and industry - of awards goes into full throttle.

"I'm just saying that I think it's bullshit. I think it's total, utter bullshit, and I don't want to be a part of it. I don't believe in it. It's a carrot, but it's the worst-tasting carrot I've ever tasted in my whole life. I don't want this carrot. It's totally subjective. Pitting people against each other . . . It's the stupidest thing in the whole world."

Phoenix received Oscar noms for Walk the Line (2005) and Gladiator (2000) and has been all but anointed with another one this year for The Master. He's also received many festival nods throughout his lengthy acting stint and even a Golden Globe for Best Performance for an Actor in a Motion Picture Comedy or Musical for Walk the Line in which he played musician Johnny Cash.

"It was one of the most uncomfortable periods of my life when Walk the Line was going through all the awards stuff and all that. I never want to have that experience again. I don't know how to explain it - and it's not like I'm in this place where I think I'm just above it -but I just don't ever want to get comfortable with that part of things."