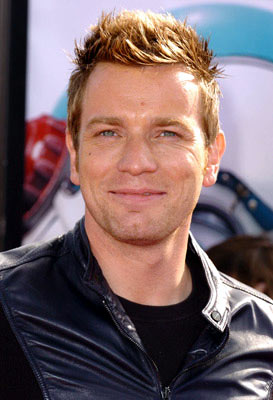 Meredith Vieira to Host National Board of Review Awards Gala
The event will take place January 8th at Cipriani 42nd Street in New York. The NBR will announce their Award Winners on December 5th. "It’s a true honor to be reteaming with my friends at the NBR for their special night," said Vieira in an NBR statement. "I look forward to working with Annie and the organization in the coming months to put together a fantastic evening in honor of the best films of the year."

Wasteland Heads to U.S. Theaters
The film, directed by Rowan Athale, centers on Harvey Miller, a young Englishman recently released from prison, recruits his three best friends and devises a complex scheme to rob the local drug kingpin (who also happens to be the reason for Harvey’s incarceration). To complicate matters further, Harvey must balance exacting his revenge and pulling off this major score with trying to win back his reluctant but still-caring ex-girlfriend. Distributor Oscilloscope, which picked up rights to the film, plans a 2013 release.

David Duchovny, Hope Davis, Timothy Hutton Undergo After The Fall
The three are starring in the film being directed by Anthony Fabian (Skin) based on the true story of parents grieving for the unexpected death of their daughter, but use it as a motivation to build a state of the art children’s hospital where families are welcomed into the healing process, Deadline reports.

Bryan Singer's Jack Gets New Title and Release
The director's fantasy-adventure starring Ewan McGregor, Stanley Tucci and Ian McShane is now titled Jack the Giant Slayer from the previous Jack the Giant Killer. The move will give the PG-13 tale that stars Nicholas Hoult about a young mean who unintentionally opens a gateway between earth and a race of giants, a more "family friendly" title. New Line and Warner Bros. plan an August 9th release, THR reports.

R.I.P. Koji Wakamatsu
The Japanese filmmaker had just been honored as Asian Filmmaker of the Year at the Busan International Film Festival in South Korea. He got his film start in pornography but went on to make independent productions that won praise. The Caterpillar director, however, said he thought his films were under appreciated in Japan, Deadline reports.