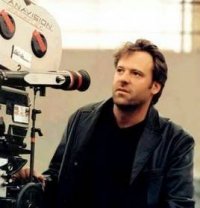 They were two of the biggest movies in terms of box office this summer - and likely for all of 2012, yet the battle between The Dark Knight Rises and Marvel's The Avengers opened a new front in the artistic sphere. TDKR made just over $1.07 billion worldwide (with a $250 million production budget), while Marvel's The Avengers roared on with a $1.511 billion worldwide gross (and a production budget reportedly at $220 million). One cinematographer offered up his own impressions about the rival's merits, calling it "appalling."

Wally Pfister won an Oscar for Inception as well as three nominations for Batman Begins, The Presige and The Dark Knight. He is even embarking on his own foray into the director chair on an upcoming project next year said that his past work as a news reporter and in documentary helped him to "reduce the amount of artifice" in his work.

Though he has won recognition for his work with TDKR director Christopher Nolan on the Batman franchise, he admitted to not being much of a "super hero fan" and said his reaction was surprise when Nolan first approached him about doing Batman Begins. "I was like, really? A guy in a rubber suit?" Pfister is quoted as saying in the Herald-Tribune speaking to a film class in Sarasota, FL.

He also gave his opinions on Marvel's The Avengers, when asked what was most important in shooting a film.

"What’s really important is storytelling. None of it matters if it doesn’t support the story," said Pfister. "I thought The Avengers was an appalling film. They’d shoot from some odd angle and I’d think, why is the camera there? Oh, I see, because they spent half a million on the set and they have to show it off. It took me completely out of the movie. I was driven bonkers by that illogical form of storytelling."

Pfister, who along with Nolan has been steadfast advocate of film over digital, said The Prestige was his most "artistically fulfilling" and prefers TDKR among the Batman films.

"I liked my work best in the last one, of course, because anything I felt I’d done wrong on each one, I’d right on the next one," he said. He added that he'd "never say never" to any Batman 4 project. "I’m fortunate enough to have been successful enough that now I want to fulfill myself artistically. I guess I might do it right at the point where I had to sell my house."

His directorial debut is currently casting, but only gave a hint at details.

"I can’t talk too much about it. It’s a present-day science fiction film, a fairly big concept. It’s bigger budget — not as big as Batman, but not independent.