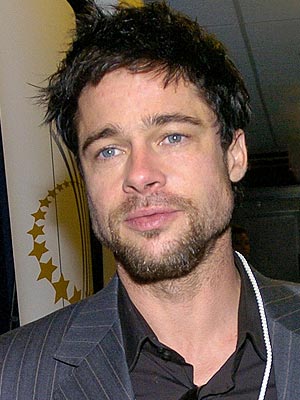 Brad Pitt headed to WeHo in support of a documentary he produced and took a swipe at the decades-old war on drugs. Pitt apparently just said 'yes' back in the day, but said his days dabbling in illegal substances have long gone. Why We Fight director Eugene Jarecki bowed his latest The House I Live In and stopped in a West Hollywood theater for a Q&A with his super-star producer who flew in from Europe for a chat.

"My drug days have long since passed," Pitt told THR as reported by The Guardian. "But I could probably land in any American city and within 24 hours find whatever you want. But we still support this charade called the drug war. We spent a trillion dollars over 40 years and a lot of people have lost their lives over it."

Pitt felt compelled to get involved with the project which won a grand jury prize at the Sundance Film Festival in January. He said that the "subject has bugged me for a long time. It's a backward strategy. It makes no sense and we keep going on the path like we're winning, when it perpetuates more drugs being used."

"After prohibition, we regrouped and said it was a bad idea what we're doing. Now we have a system where alcohol is illegal for children; the government profits off it; grownups can use it responsibly, which means if I go out in my car and kill some one it's manslaughter. But if I've been drinking, it's an aggravating prosecutorial factor. So why is it that drugs – which are less damaging to public health than alcohol – why is it we treat them more severely?"