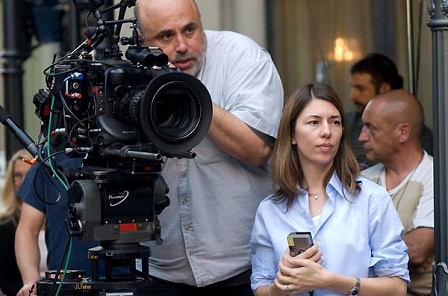 IFP to Develop and Operate "Made in New York" Media Center
Independent film advocacy group Independent Filmmaker Project (IFP) will develop and operate a new Media Center in New York City. Bringing together traditional media and emerging technologies, IFP aims to make the Media Center "a hub for filmmakers, content creators, and entrepreneurs to work together under one roof." Located in DUMBO in Brooklyn, it is set to open in spring 2013. More information can be found at their website.

Ben Affleck Eyes Live By Night as Next Directing Gig
The director/actor is in talks with Warner Bros. to make Live By Night which, like Argo, he will write, direct, produce and star in. The story is based on the novel by Dennis Lehane. Set during Prohibition, the focus is on Joe Coughlin, the black sheep son of a police captain who gets involved in escalating levels of organized crime, Deadline reports.

Jodie Foster to Direct Money Monster
Foster will direct the drama about a TV personality whose insider trading tips have made him the money guru of Wall Street. A viewer, however, loses all his money on a tip from the insider and takes him hostage on air. Ratings soar as the country is gripped by the drama. Production is set for early 2013, Deadline reports.