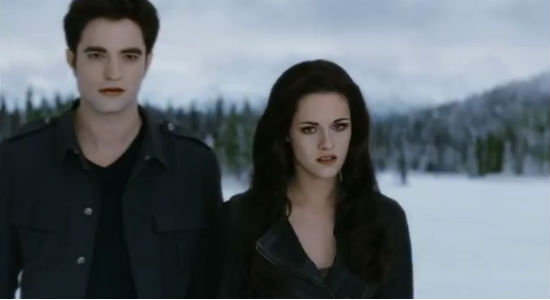 Also in Monday afternoon's round-up of news briefs: Oscar-winner Alex Gibney is boarding the new CNN Films for doc projects. The Weinstein Company scores first Oscar DVD mailer for one of its titles. And Girls' Lena Dunham scores cha-ching for a book project.

Twilight: Breaking Dawn - Part 2 to Premiere at Rome Film Festival
Though the upcoming festival has scored the world premiere of the final installment of the mega-franchise, stars Kristen Stewart and Robert Pattinson will not be in Rome for the premiere. The pic directed by Bill Condon will screen in the Alice in the City section of the festival, which focuses on films oriented for a youth audience, THR reports.

Hungry Hungry Hippos to Get Big Screen Outing
Hungry Hungry Hippos is part of a roster of planned films that also includes Monopoly (a project that at one point had Ridley Scott attached) and Britain's Action Man, the latter despite his American cousin GI Joe having already featured twice in multiplexes. Hasbro has been inspired by the multibillion-dollar success of its Transformers franchise in the hands of Michael Bay, and apparently has not let Battleship's disappointing $300m (on a $200m budget) haul earlier this year upset its plans for worldwide domination, The Guardian reports.

Alex Gibney Strikes Deal to Make Docs for New CNN Films Unit
Oscar-winning documentarian Alex Gibney (Taxi to the Dark Side) and director Andrew Ross (Page One: Inside the New York Times) has signed on to develop docs for the new CNN Films. CNN Films will kick off with Richard Robbins' Girl Rising, THR reports.

Weinstein Company's The Intouchables is First Official 2012 Oscar Screener Mailed to Members
TWC is the first to send out a DVD screener to Academy members. Every member of the Academy of Motion Picture Arts and Sciences received a screener of the hit French film over the weekend. The Intouchables is France's entry for Best Foreign Language Oscar consideration and has grossed $360 million worldwide, Deadline reports.

Lena Dunham Book Goes for $3.5 Million to Random House
Her SXSW title eventually grossed $392K, but it got her a gig with HBO and the subsequent Girls series. Now, the filmmaker/TV star has landed a book deal for upwards of $3.5 million for Not That Kind of Girl: A Young Woman Tells You What She's Learned, Deadline reports.