Tim Burton On Frankenweenie: Kids, Death's Not So Bad 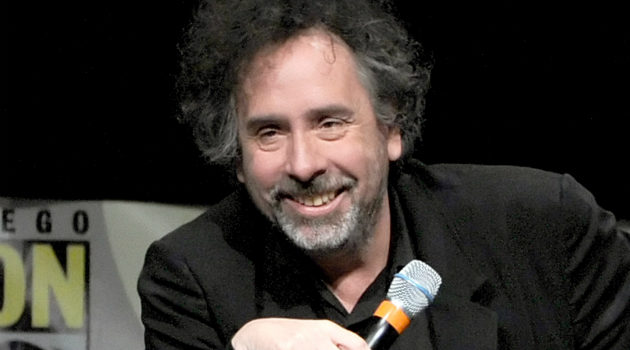 The unshakeable bond between a shy nerd from the ‘burbs and his faithful dog is the heart of Frankenweenie, the black and white stop motion picture (in theaters today) Tim Burton refers to as a “memory piece.” Drawn from his own childhood memories of growing up in Burbank, California, it’s an ode to the kooky neighborhood kids and adults Burton knew, the monster movies that shaped him, and, as Burton told Movieline with a smile, his way of teaching kids about one of the toughest facts of life: Death.

“It was originally such a memory piece for me, in the sense that it was personal,” Burton told Movieline at Fantastic Fest, where Frankenweenie debuted as the opening night film. “I think it started with that MOMA show, I saw a lot of the old drawings that I’d done, and there was something about the drawings that I wanted to try to recapture.”

Frankenweenie brings Burton back to his roots, a feature-length extension of the live-action short film that jump-started his career and earned him cult status – and famously got him fired from Disney. Taking the story of Frankenweenie and fleshing out his nostalgic vision of his old stomping grounds, Burton added characters (including the heavily accented Japanese-American kid Toshiaki, “my favorite”) and texture, and a healthy dose of movie geek references, from Frankenstein to Godzilla and beyond.

“[I added] other kids that I remember in school, and teachers, and the geography of Burbank — the real setting,” he explained. “I tried to make everything more personal — even if it was a couple of kids mixed together. For me it made it feel more natural. I didn’t feel like this was just a short, that I was just going to pad it out with something. There were other monsters and other things I’d been thinking about over the years. I tried to treat it as expanding on those feelings and those memories of that time.”

In keeping with Burton’s oeuvre, Frankenweenie is playfully macabre. But moreso than his other films, especially those aimed at children, it deals openly with the difficult subject of kids and death. “For me it was a way to explore the concept of death in a slightly abstract but safe way,” Burton offered.

He pointed to his own childhood experience that inspired the tale. “My dog, whom I loved, they said he wasn’t going to live — he had this thing called distemper so he wasn’t supposed to live very long, but ended up living quite a long time. So there’s always this weird specter of death hanging over which I didn’t quite understand.”

“At the same time I love Frankenstein and I learned about it through those movies, which deal with abstract things and things that are quite hard to explain to children in a slightly safer way,” he continued. “I grew up in a culture where death was very negative, but you see certain Hispanic cultures that have Day of the Dead and they treat it in a more positive way. For me it was an attempt to show death in a different way that’s not negative.”

Yes, but is Burton prepared to see the potential increase of copy-cat “science experiments” in young Frankenweenie viewers with dearly departed pets of their own?

“Better that than most of the kids that I knew who were torturing animals!” he laughed. “If it takes kids away from that, it’s probably for the best.”