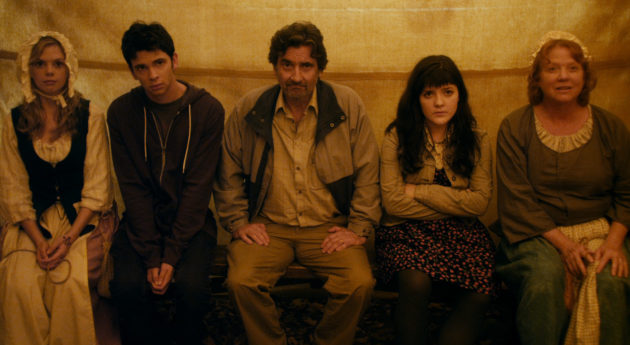 Love, Marilyn and Silver Linings Playbook are opening the Hamptons International Film Festival followed by a slate that includes a number of premieres. As the festival gets into full swing, ML is featuring a snippet from the world premiere of Oscar-nominated Griffin Dunne's The Discoverers.

The film centers on washed-up history professor Lewis Birch (Dunne) who takes his begrudging teenage kids – Zoe (Madeleine Martin, Californication) and Jack (Devon Graye, American Horror Story) – on a road trip to a conference in hopes of putting his career back on track. But, when Lewis’s estranged father Stanley (Emmy Award-winning Stuart Margolin) goes AWOL on a Lewis and Clark historical reenactment trek, Lewis is forced to make a family detour. The Birch family find themselves on a journey of discovery and connection as they make their own passage west.