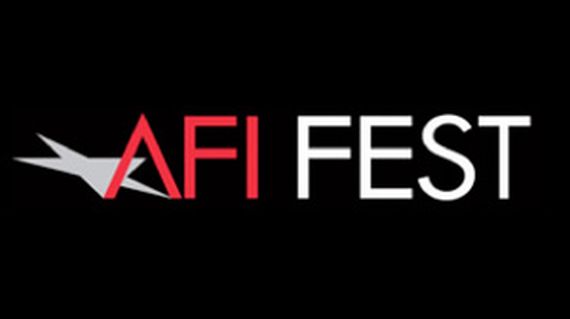 AFI Fest released more details for its L.A. event. Selections in its Young Americans and New Auteurs sections highlight emerging U.S. first and second time global filmmakers. As previously announced, the World Premiere of Hitchcock will open the festival, while Lincoln will close out the event, which takes place November 1 - 8 in Los Angeles.

"Our New Auteurs competition section is an opportunity for us to highlight some of the strongest filmmaking by first and second time directors this year. These are films that have been garnering acclaim and winning awards at festivals all over the world and are now being showcased together for the first time," said Jacqueline Lyanga, Director of AFI Fest via a statement. "Last year this section included Michael Roskam’s Oscar- nominated Bullhead and Julia Loktev’s The Loneliest Planet. Every year, it's exciting to see the talent that emerges from this showcase of new narrative feature filmmakers."

All The Light in the Sky: Jane Addams stars as an insomniac actress facing the waning days of her career when her niece pays a visit to her house on stilts overlooking Malibu. DIR/SCR Joe Swanberg. CAST Jane Addams, Sophia Takal, Lawrence Michael Levin, Kent Osborne, Larry Fessenden, Ti West.

Ape: Trevor is the poster child for post-adolescent malaise. His sole ambition of being a famous comedian leads him to madness when he makes a deal with the devil. DIR/SCR Joel Potrykus. CAST Gary Bosek, Teri Nelson, Joshua Burge, Benjamin Riley.

Kid-Thing: Annie is a young girl leading a lonely existence in Austin, Texas, whose life takes a fascinating turn when she hears a plea for help coming from the bottom of a well. DIR/SCR David Zellner. CAST Sydney Aguirre, Susan Tyrrell, Nathan Zellner, David Zellner.

Somebody Up There Likes Me: After Max discovers his wife in bed with another man, he tries to get a grip on his life with the aid of a mysterious suitcase that might just hold back time. DIR/SCR Robert Byington. CAST Keith Poulson, Nick Offerman, Jess Weixler, Kevin Corrigan, Jonathan Togo, Stephanie Hunt, Kate Lyn Sheil, Alex Perry, Marshall Bell.