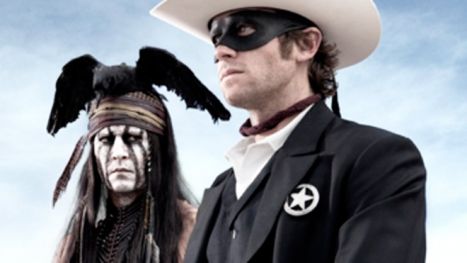 Also in Wednesday morning's round-up of news briefs, Brazil makes a move to ban Anti-Islamic film in its borders. After Rupert Wyatt exits Dawn of the Planet of the Apes, Fox comes up with possible short-list. And an aging gay drama set for New York Film Festival premiere becomes the Philippines' entry for Oscar.

Disney's Lone Ranger Shoot Nears Completion
The film starring Johnny Depp and directed by Gore Verbinski (Pirates of the Caribbean) began shooting at the end of February and should wrap up at the end of September, for a total of between 140 - 150 days. The budget is said to be $250 million for the action movie, THR reports.

More Innocence of Muslims Fallout: Brazil Orders YouTube To Remove Pic
A Brazilian court ordered YouTube to pull the video. Brazil's National Islamic Union said posting the video was a violation of the constitutional right to freedom of religion. In issuing the order, however, the judge said that banning something shouldn't "offend" freedom of thought and expression. In related news, Iran made official that it will boycott this year's Oscars, Deadline reports.

Possible Short List for Fox's Dawn of the Planet of the Apes Director
The studio may have a short list of directors to replace Rupert Wyatt who left the project. Among the names in the list are Cloverfield's Matt Reeves, The Disappearance of Alice Creed director J. Blakeson, 28 Days Later director Juan Carlos Fresnadillio, Pacific Rim's Guillermo del Toro and Looper's Rian Johnson, Deadline reports.

Barry Sonnenfeld Eyes Warner Bros. Lore
Dwayne Johnson is set to star in the sic-fi action pic, while Sonnenfeld is in talks to direct the feature. It is based on a IDW book/graphic novel by Ashely Wood and T.P. Louise and has been described as Men in Black with mythological creatures." Sonnenfeld recently made Men in Black 3, THR reports.