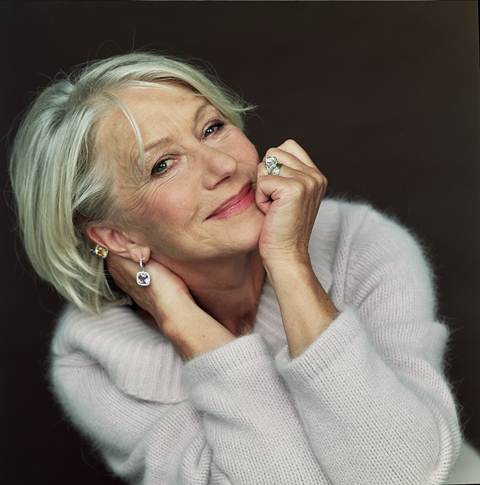 Helen Mirren to be Honored by European Film Academy
Mirren will receive the honorary European Achievement in World Cinema 2012 prize at the 25th European Film Awards ceremony on December 1st, this year taking place in Malta. Mirren received an Academy Award for her portrayal of Queen Elizabeth II in 2006's The Queen.

Philip Seymour Hoffman, Rachel McAdams, Willem Dafoe, Robin Wright Begin Work on A Most Wanted Man
Principal photography began Monday in Hamburg in a film adaptation of John le Carré's worldwide best-selling 2008 novel A Most Wanted Man, being directed by Anton Corbijn (Control). In the film, a half-Chechen, half-Russian, tortured half-to-death immigrant turns up in Hamburg’s Islamic community, laying claim to his father’s ill gotten fortune, both German and US security agencies take a close interest: as the clock ticks down and the stakes rise, the race is on to establish this most wanted man’s true identity - oppressed victim or destruction-bent extremist?

Tom Rothman to Produce Steven Spielberg's Robopocalypse
The exiting Fox chief will produce Spielberg's next film, which will star Chris Hemsworth. Anne Hathaway is the filmmaker's choice to play the female lead. The story, which explores the fate of the human race following a robot uprising is scheduled to be released day and date in April, 2014, Deadline reports.

Abu Dhabi Film Festival Unveils Lineup
David Ayer's End of Watch, Robert Zemeckis' Flight and Robert Redford's The Company You Keep are among the titles that are on this year's roster. Nicholas Jarecki's Arbitrage will open the event, which will feature 80 features and shorts. The festival takes place October 11 - 20, THR reports.

Beasts of the Southern Wild Director Begins Work On Next Film
Filmmaker Benh Zeitlin is working on his next project, described as a "Louisiana-made fable about a hidden ecosystem where the aging process is 'out of whack' in which people can age quickly or slowly." Beasts won awards in Cannes and Sundance and has made over $10 million in theaters, A.P. reports.