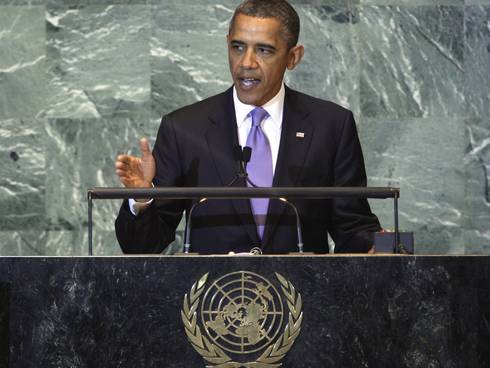 Also in Tuesday afternoon's round-up of news briefs, The Collection is set to open an L.A. horror fest. And a slew of films find U.S. homes and are headed to theater.

The Collection Set for Screamfest Opener
Marcus Dunstan's horror The Collection will open the 12th annual Screamfest, taking place October 12 - 21 in Los Angeles. Starring Josh Stewart, Emma Fitzpatrick and Christopher McDonald, the film centers on a traumatized man forced to help rescue a beautiful woman who has become the latest obsession of a crazed killer who "collects" humans in a booby-trapped house of horrors. Both Dunstan and Melton will be in attendance for the opening night screening .

Ginger & Rosa Heads to U.S. Theaters
New distribution outfit A24 picked up Telluride and Toronto festivals' Ginger & Rosa, starring Elle Fanning. Set in 1960s London, the film centers on two teen girls who rebel against their mothers against the backdrop of the Cuban missile crisis and nuclear fear. A24 will do a 2012 qualifying run for awards season, followed by a theatrical release in 2013. It will screen at the upcoming New York Film Festival.

Alain Resnais' You Aint Seen Nothin' Yet Heads to Theaters
U.S. rights to the film have been picked up by Kino Lorber and will have its North American premiere October 2nd at the 50th New York Film Festival. The film opens with a who's-who of French acting royalty being summoned to the reading of a late playwright's last will and testament. There, the playwright (Denis Podalydès) appears on a TV screen from beyond the grave and asks his erstwhile collaborators to evaluate a recording of an experimental theater company performing his Eurydice. But as the video unspools, instead of watching passively, these seasoned thespians begin acting out the text alongside their youthful avatars, looking back into the past rather like mythic Orpheus himself. The film will open in early 2013.

Michael Walker's Price Check Heads to North American Theaters
IFC Films will open the comedy starring Parker Posey will open on VOD October 11th and theatrically on November 16th. The film revolves around Pete Cozy, who is having trouble with rising debt and hates his job. His new boss comes along and pulls Pete into a maelstrom and is made to work harder than before. He suddenly is finding opportunities, but may pay a price.

President Obama Calls Innocence of Muslims a 'Crude and Disgusting Video' at U.N.
Speaking at the General Assembly Tuesday, Obama said that while the video was reprehensible, it is not possible to ban the pic which has inflamed Muslims around the world. "Like me, the majority of Americans are Christian, and yet we do not ban blasphemy against our most sacred beliefs," he said. "Moreover as President of our country…I accept that people are going to call me awful things every day, and I will always defend their right to do so…," Deadline reports.

Coen Brothers' Fargo Set for Television Adaptation
The filmmaking siblings will develop a television version of their hit Fargo. The 1996 film noir won two Oscars for best script and best actress. The original crime thriller starred Frances McDormand as a policewoman on the trail of two bumbling criminals, BBC reports.