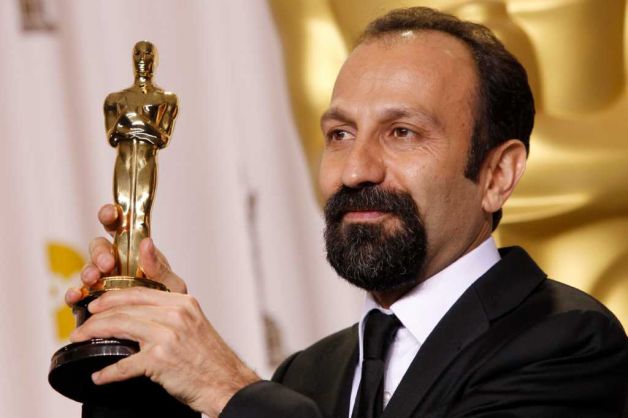 Even as Iran's boisterous leader (but not supreme leader) President Mahmoud Ahmadinejad is in New York for the opening of the U.N. Assembly this week, and already causing some local controversy here staying at a luxury Manhattan hotel, his country is apparently opening a new front in its anti-U.S. proclivities - The Oscars. An Iranian official said his country should boycott the 2013 Academy Awards and not submit a film for Best Foreign-language consideration due to the anti-Islam video Innocence of Muslims which rocketed the Muslim world since its debut on YouTube earlier this month.

Iranian cinema has won accolades at festivals around the world for some time now. The government has jailed various filmmakers there, most notably Jafar Panahi (Crimson Gold). Last year, fellow Iranian filmmaker Asghar Farhadi won the Academy Award for Best Foreign-Language film for A Separation, a first for a filmmaker from that country.

But now, Iran's filmmaking community may be shut out of the Oscars - at least in the foreign-language category - if the country's head of its government-controlled cinema agency has his way. Javad Shamaghdari said the committee that oversees selection of Iran's choice for the Oscar category should "avoid" doing so, according to A.P., which quoted Iran's semi-official Mehr news agency.

The committee had already identified Ye Habbeh Ghand (A Cube of Sugar), which centers on a family wedding that turns into a funeral after the groom's relative dies, to represent Iran's choice at the Oscars in February. The government still needs to give its consent for the title to move forward.

Shamaghdari said the a boycott of the Oscars should take place until the Academy denounces Innocence of Muslims, the once-little noticed video that has resulted in major clashes outside U.S. missions throughout the Islamic world, killing at least 51 people including the U.S. ambassador to Libya. Shamaghdari has in the past pulled Iranian films from festivals worldwide.

After Farhadi's win earlier this year, Iranian officials praised the Academy Award triumph for A Separation, especially since it took the prize over an Israeli film also vying in the category. Some nationalists, however, denounced what they saw as a less than rosy view of Iranian life portrayed in the film, which involves a marriage falling apart.