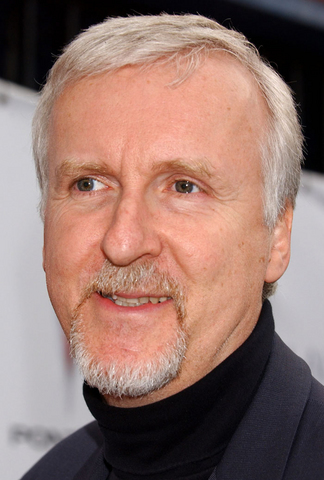 Also in Wednesday morning's round-up of news briefs, the Directors Guild of America set up dates for its awards. France has chosen its submission for foreign-language Oscar consideration. And, the producer of 2016: Obama's America denies racism charge.

James Cameron May Add Chinese Na'vi to Avatar Sequels
"For Avatar, we can certainly use Chinese actors as performance-capture actors because any accent issues will hide within the Na’vi accent," Cameron is quoted saying in THR. "So we can have Chinese Na’vi; [and in the live-action sequences] we can also have Chinese actors who speak English in the film. We are projecting a future in Avatar, and if you project that future out, it is logical that there would be a number of Chinese amongst the contingent on Pandora."

France Chooses The Intouchables For Oscar Submission
The comedy about a quadriplegic millionaire and his ex-con caregiver, has been selected as France's official submission for next year's foreign language film Oscar. Directed by Olivier Nakache and Eric Toledano, the movie has become the highest-grossing French production ever, earning more than $360 million at the global box office, The Guardian reports.

Producer of 2016: Obama's America Denies Charges of Racism
After charges by Entertainment Weekly that likened the film to a Republican strategy that appeals to racist sentiments in American society, producer Gerald Molen (Jurassic Park) said the charges that the film are racist are "patently ridiculous" in an interview with the website Mediate, Shadow and Act reports.

Egypt Issues Arrest Warrants For Anti-Islam Video
The country's general prosecutor issued arrest warrants for seven Egyptians that are Coptic Christians and Florida-based American pastor Terry Jones on charges linked to the YouTube video that has caused riots throughout the Middle East and beyond, Innocence of Muslims. The office said they face the death penalty if convicted, Deadline reports.