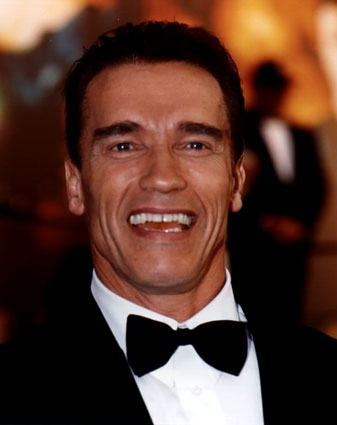 Also in Monday afternoon's round-up of news briefs, a Dexter actress boards the Robocop bandwagon. Toronto's Patience Stone heads to U.S. theaters. Despite a recession, the U.K. film industry is growing "significantly." And the San Francisco Film Society Names a winner in its Hearst Screenwriting competition.

The Last Harem Wins San Francisco Film Society Screenwriting Contest
The $15,000 prize for SFFS's Hearst Screenwriting Contest went to Maryam Keshavarz and Paolo Marinou-Blanco for their script, The Last Harem, while Musa Syeed received an honorable mention for The Doctor. Harem centers on a battle between a young female musician and the mother of the newly ascended boy-king for the affection of the new monarch and control of the palace's extensive harem which will determine who becomes the most powerful woman in the Persian empire.

German Far Right Group Wants to Screen Innocence of Muslims In Berlin; Germany Considers Ban
The far-right Pro Deutschland Citizens Movement said it wants to screen the anti-Islamic Innocence of Muslims in Berlin saying it's a question of "art and freedom of expression," according to The Guardian. Meanwhile, THR said the move by the group has sparked the conservative government to invoke public safety laws to stop screenings of the film. Interior minister Hans-Peter Friedrich said he would use "all available legal means" to prevent Pro Deutschland from showing the film, which Friedrich called " a series of tasteless and contempt(uous) assaults on religious sentiments." THR reports.

Patience Stone Heads to U.S. Theaters
Sony classics picked up U.S. rights to Atiq Rahimi's war drama The Patience Stone, which played at the recent Toronto International Film Festival. Adapted from Rahimi's novel of the same name, it follows the story of a woman in a war-ravaged Middle Eastern country who struggles to keep her comatose husband alive and sends her children to live with their aunt. She falls into a relationship with a young soldier and starts a "secret dialogue" with her husband, Variety reports.

U.K. Film Industry Worth £4.6 Billion in 2011
An independent report says the industry has grown "significantly" over the past two decades. The number of British films has grown from an average of 43 in the '80s to 136 in the 2000s. The figure is about $7.475 billion BBC reports.