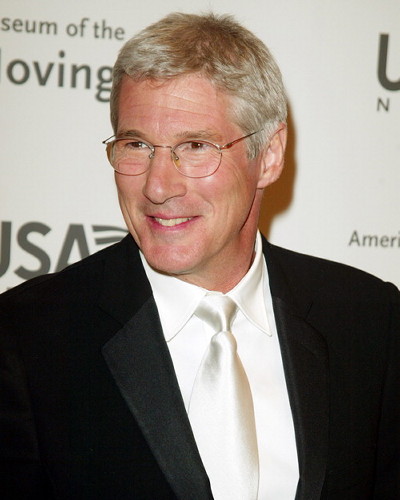 Also in Thursday evening's round-up of news briefs, the Academy names a director for the 85th Oscars telecast. And a slew of Venice and Toronto titles find homes, leading them to U.S. theaters in the coming months.

Fandango Eyes Advanced Ticket Sales for The Twilight Saga: Breaking Dawn Part 2
The final installment of the Twilight behemoth will first go on sale October 1st at Midnight ET, more than six weeks before the movie's November 16th release, the online ticketed said. Deadline also reports that MovieTickets.com is offering the advanced tickets on its site too. Advance tickets for the November 15 Twilight Marathon - where all five films of The Twilight Saga will be shown in order at select theaters - will also go on sale on October 1st. And, as part of a special sweepstakes on Fandango, two fans will also have the chance to win a trip to the world premiere of Breaking Dawn, Part 2 in Los Angeles. Visit their site  for more details.

Venice and Toronto's The Reluctant Fundamentalist Heads to U.S. Theaters
IFC Films picked up North American rights to the film, directed by Mira Nair, which opened the recent Venice Film Festival and screened last week at the Toronto International Film Festival. Starring Liev Schreiber, Kate Hudson, Kiefer Sutherland, and Riz Ahmed, the film tells the story of a young Pakistani man (Ahmed) whose pursuit of corporate success on Wall Street leads him on a strange path back to the world he had left behind. The deal for the film was negotiated by Arianna Bocco, Senior Vice President of Acquisitions & Productions for Sundance Selects/IFC Films and Hal Sadoff for DFI and Bart Walker of Cinetic Media on behalf of the filmmakers.

Toronto's No Place On Earth Heads to U.S. Theaters
Magnolia Pictures picked up U.S. theatrical rights to the emotional directorial debut of Janet Tobias' Toronto documentary No Place On Earth. The film, which recently had its world premiere in Toronto, tells the little-known story of thirty-eight Ukrainian Jews who survived World War II by living in caves for eighteen months, the longest-recorded sustained underground survival.  Built upon interviews with former cave inhabitants, as well as Chris Nicola, the caving enthusiast who unearthed the story. negotiated by Josh Braun and David Koh at Submarine with Dori Begley, Magnolia’s Senior Vice President of Acquisitions. Magnolia will release No Place On Earth theatrically in 2013.

While We Were Here Heads to U.S. Theaters
The 2012 Tribeca Film Festival premiere is set on the isle of Ischia off the Amalfi Coast in Italy. The film follows a young American writer named Jane (Bosworth) who finds herself at a personal and professional crossroadswhen she accompanies her husband Leonard (Goldberg) on a business trip. While escaping the mundanity of her comfortable marriage by delving deeper into adapting her grandmother's WWII stories into a memoir she stumbles into a romantic affair with a younger man (Blackley) who complicates her life even further. L.A.-based distributor Wrekin Hill release the film in the U.S., which stars Kate Bosworth, Jamie Blackley and Iddo Goldberg.

How To Make Money Selling Drugs Heads to U.S. Theaters
The film had its world premiere at the Toronto International Film Festival Friday. Directed by Matthew Cooke, the provocative documentary offers an in-depth look at the high-stakes world of drug dealing and drug enforcement by blending authentic reportage with pop culture references. Tribeca Film, the distribution component of the group that oversees the Tribeca Film Festival, plans a 2013 theatrical release as well as Video On Demand platforms.