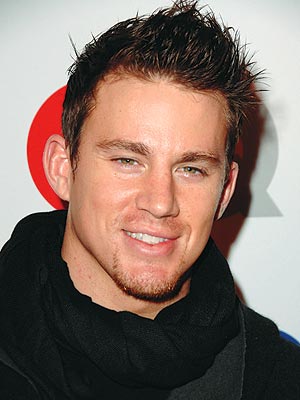 Channing Tatum May Direct Magic Mike 2
Steven Soderbergh is on a bit of a filmmaking hiatus - he says for the moment (he's now wrapped on what could be his final film, Behind the Candelabra), which means there is a need for a Mike director, and Channing Tatum told German site Filmstarts (via AlloCine) that he could direct the film himself, possibly with screenwriter and producing partner Reid Carolin, The Playlist reports.

Joss Whedon's Much Ado About Nothing Heads to Theaters
The Avengers' director's Toronto International Film Festival debut now has a home. Roadside Attractions and Lionsgate will team on Whedon's Much Ado About Nothing. The black-and-white movie features friends and actors he's worked with over the years -- including many Buffy the Vampire Slayer and Firefly alums - starring in the adaptation of the Shakespearean play, THR reports.

Anti-Islam Filmmaker In Hiding After Egyptian/Libyan Violence
Writer/director Sam Bacile remained defiant after a YouTube trailer of his movie attacking the Prophet Muhammad sparked violence in the neighboring African countries, which resulted in the deaths of three American staff members in Libya including the US. Ambassador. Speaking by phone, Bacile said "Islam is a cancer" and that the 56-year-old intended his film to be a provocative political statement condemning the religion, A.P. reports.

Norwegian Thriller Thale Heads to U.S. Theaters
The Toronto International Film Festival's Norwegian supernatural thriller Thale will open in U.S. theaters early next year via XLrator Media which picked up Stateside rights at the festival. Thale "tells the story of a mythical “huldra,” a beautiful, tailed female forest creature, who is discovered in a concealed cellar by two crime scene cleaners. The creature is unable to speak so she can’t explain how she came to be there, but the pieces of the puzzle soon come together," Deadline reports.

What Maisie Knew Headed to N. America
Starring Alexander Skarsgard, Julianne Moore and Steve Coogan, the film revolves around the 7-year old title character, played by Onata Aprile. She is caught in a custody battle between her aging mother rock star and her art dealer father. Millennium Entertainment is closing a deal for the title for North American rights. It is playing in Toronto, Deadline reports.