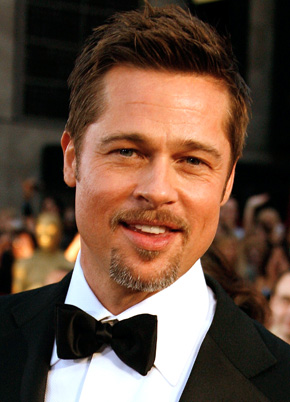 It is by far and away no secret that Hollywood compensation for a certain cadre of stars have been rocketing beyond the stratosphere for some time now, but one A-lister, in the form of Brad Pitt, says that the era of paychecks reaching into the tens of millions for some may be coming to a close.

Both he and his partner Angelina Jolie have topped (or nearly so) the scales for their movies in the past decade, with Pitt garnering a cool $25 million per pic. Not bad, but almost a paltry sum when compared to Tom Cruise, for instance, which Forbes listed as commanding a cool $75 million in 2012. But Pitt says he thinks that the conditions for unbelievable sums (at least for the bottom 99.7 per cent) may be heading back down to the mere stratosphere.

"Yeah, that thing died," Pitt said when asked if fellow A-listers can still easily command a $10 or so million per movie, according to BBC. "That arithmetic doesn't really work right now...that deal's not flying these days."

Going further on the economics of Hollywood right now, Pitt added, ""It's a really interesting time. A lot of the studios have been challenged because of the economic downturn as well, so they've been betting on bigger, more tent pole kinds of things. At the same time that opens up a vacuum for really interesting new filmmakers to come in."

Pitt debuted Killing Them Softly in Cannes and is a producer on the title that will head to U.S. theaters next month. But not all films will automatically bring out the masses simply because their idols are in them. Nearly two hours of staring at Robert Pattinson sans vampirism failed to bring out the legions of people who otherwise crave to hear any tidbit possible about the latest travails of their obsession's personal life. Cosmopolis, for instance, has only cashed in at $5.3 million worldwide so far (and only just over $700K in the U.S. - ouch).

"You take the roles for the roles," said Pitt. "And you've just got to balance economics like everyone does."