Clint Eastwood Explains RNC Chair Speech, Or: The Case Against Winging It On Live TV 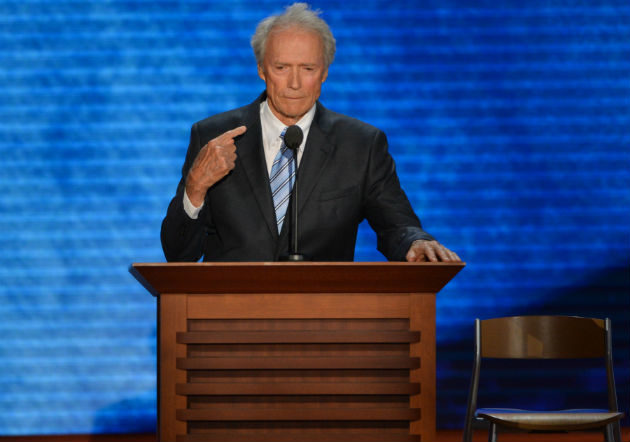 Days after his empty chair speech made Clint Eastwood a polarizing symbol of the Republican National Convention, hometown paper The Carmel Pine Cone scored an exclusive follow-up with the 82 year-old former Mayor. His explanation? He made it up on the fly moments before taking the stage. You don't say! "They vet most of the people, but I told them, 'You can’t do that with me, because I don’t know what I’m going to say'... There was a stool there, and some fella kept asking me if I wanted to sit down. When I saw the stool sitting there, it gave me the idea. I’ll just put the stool out there and I’ll talk to Mr. Obama and ask him why he didn’t keep all of the promises he made to everybody." [Carmel Pine Cone via USA Today]