Talkback: Is Johnny Depp Worth A $90 Million-Plus Pirates 5 Payday? 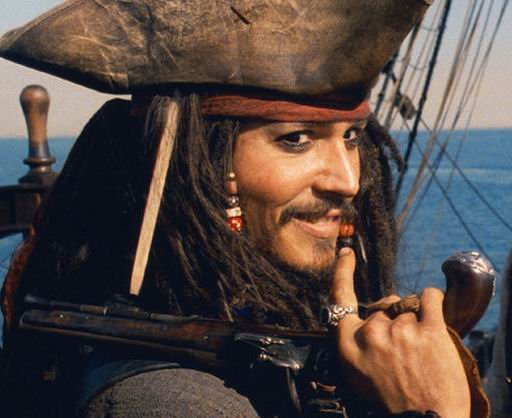 Holy Swashbucklers! Rumors are flying that Johnny Depp is considering a fifth Pirates of the Caribbean installment, and the speculation may be overheating. Some international papers including The Sun say the newly single star could make some rather unprecedented cha-ching — to the tune of £60 million (that's about $95 million at current exchange rates). That would be some crazy treasure even the likes of, well, a pirate, could only dream of… But is the super-star actor worth the stupid money even if the rumors were only say, mostly true?

Producer Jerry Bruckheimer revealed in May that a fifth Pirates script was in the works. He told the Los Angeles Times that he could only make the pic with Depp on board. Who else could play Captain Jack Sparrow after all?

“Hopefully, if this one does well, (Depp) will want to come back and play the character again,” Bruckheimer told the L.A. Times. “But it’s going to depend on the screenplay. It always does. He’s maniacal about not wanting to disappoint his audience.” Apparently, Depp is considering another round of Pirates, according to The Wrap. The site also noted last summer Depp cashed had cashed in with the franchise at almost $350 million at the time.

OK, so Depp already owns a Bahamian island and likely could seize some more with his current Pirates war chest alone, but is he worth potentially the biggest pay out yet if he takes on a fifth installment? Here's a breakdown of the franchise's worldwide grosses:

Of course, these are theatrical grosses, never mind all the other tie-ins. So, is a mega-package, whether it's a cool $90 million — or so — worth the payout?