This is not your mother's Noah.  A first look at actor Russell Crowe as the grizzled title character in Darren Aronofsky's Noah has surfaced, and it's not what you'd expect.  As Movies.com reports, Crowe: "looks like a Mad Max out of the depths of time" and lives in a hostile world where "pity has no place." 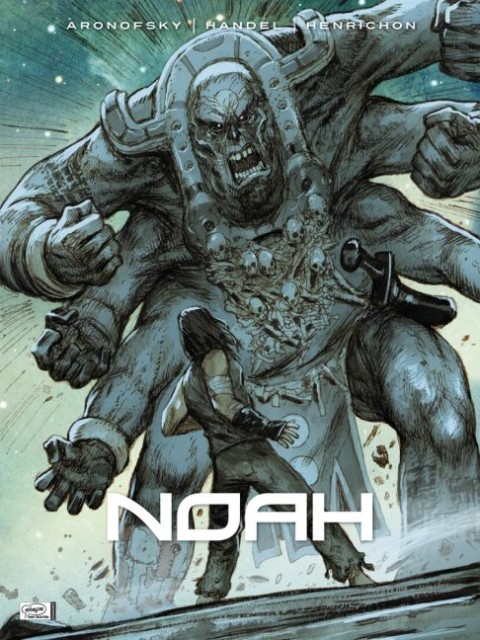 Aronofsky's film — which has an expected 2014 release date — does seem to jibe with the Biblical tale of Noah and his famous ark on one key point. According to Movies.com:  Noah "is subject to visions which announce the imminent end of the earth," which will be devastated by "the waves of an endless deluge."

Fan boys take note: Judging from the graphic novel series, Noah, For The Cruelty of Men, that Aronofsky created with executive producer Ari Handel and artist Niko Henrichon to help sell the film, Crowe's character will be doing battle with some monstrous creatures.

Hitfix writer Drew McWeeny reports that Noah's opponents will include "Watchers," 11-foot fallen angels have no wings but six arms.

"This isn't a historical period piece," Movies.com writes. "Noah's is a story that exists outside of what we know to be, which sounds almost like a Stephen King/The Dark Tower, 'the world has moved on' type post-apocalyptic scenario. It may not even be Earthly, it's all just a vehicle for the Noah metaphor".