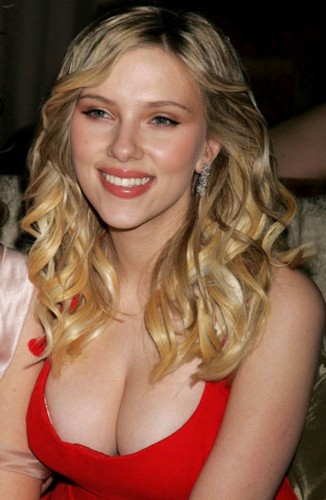 Scarlett Johansson's sexy pillowy voice has once again been lent to recorded music. The Avengers star joined French recording star Lulu Gainsbourg for a club-loungy version of Bonnie & Clyde. The song is just one from other notables who took part in an album, which Gainsbourg created as a tribute for his father, Serge Gainsbourg. Other famous voices bellowing for the album called From Gainsbourg to Lulu are Iggy Pop, Rufus Wainwright as well as Johnny Depp and now ex Vanessa Paradis.

In the original song, based off a poem penned by infamous outlaw Bonnie Parker herself, the elder Gainsbourg paired up with another blonde bombshell of the day, French actress Brigitte Bardot back in 1968. So, this latest duo seems a perfect match.

The only notable change aside from the latest version's apparently softer tone is that Johansson sings her parts in English, while Gainsbourg sticks with French. But this is not the first time Johansson has hit the recording studio. She also released an entire album of Tom Waits covers back in 2008.