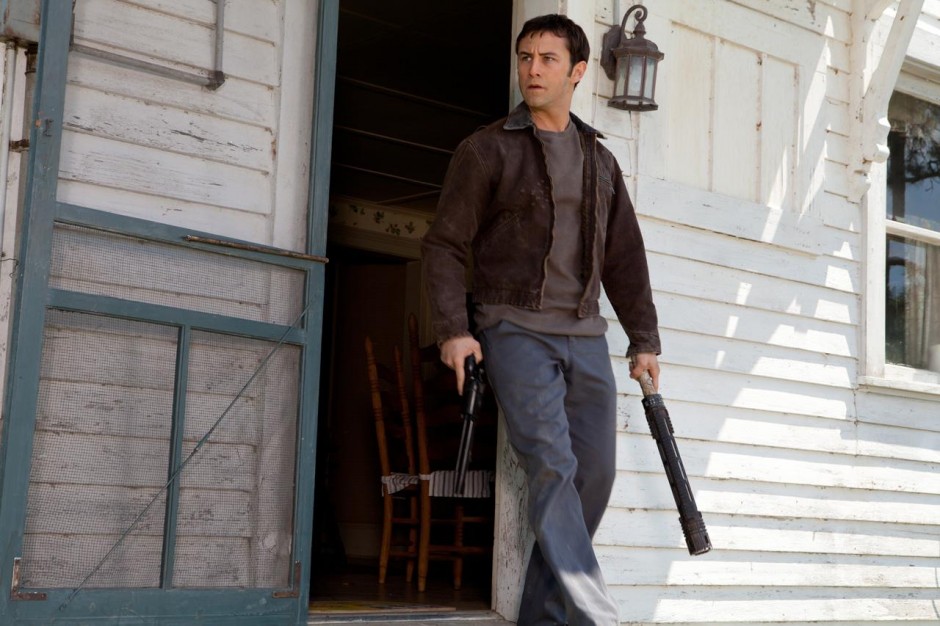 TIFF heads Cameron Bailey and Piers Handling gave details on galas and other festival highlights taking place in Toronto this September, including its opening film. In other news from Tuesday's round-up of briefs, Jeremy Renner and Bill Condon eye a WikiLeaks pic and Steven Spielberg set to honor Stanley Kubrick at an L.A. museum.

Futuristic Action Thriller Looper to Open 2012 Toronto International Film Festival
Looper is set in 2072, a mob target is sent 30 years into the past where a hired gun awaits. Rian Johnson directed the film, which stars Joseph Gordon-Levitt, Bruce Willis and Emily Blunt. This is the third year the festival has not opened with a Canadian film, which was its previous policy. "Rian Johnson is a film auteur known for combining different genres to give his projects an original spin," Piers Handling, director and CEO of TIFF commented. "We're thrilled to have Looper open the festival."

3 Arrested in Separate Dark Knight Rises Incidents
A Maine man was arrested with weaponry after he told authorities he was on his way to shoot a former employee after watching the movie. In California, a man was arrested after witnesses said he made threats alluding to the Aurora, CO shooting when the movie didn't start. And in Arizona, a man who appeared intoxicated was confronted at the movie causing a "mass hysteria" leading 50 people to flea the theater, A.P. reports.

Warner Bros. Makes Donation to Victims of Colorado Shooting
The amount was not disclosed and the studio did not make an official announcement. The studio said it was working with the state's governor's office and would give through givingfirst.org, Deadline reports.

LACMA, Steven Spielberg to Honor Stanley Kubrick and More
Leonardo DiCaprio and museum trustee Eva Chow will charm the second annual Art + Film Gala, which will also honor artist Ed Ruscha, both who will have exhibitions of their work at the museum this fall, THR reports.