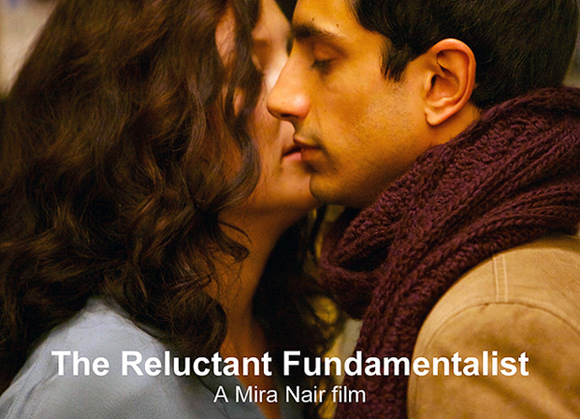 The world premiere of international political thriller The Reluctant Fundamentalist will launch the Venice Film Festival August 29th. The film is based on the best-selling novel of the same name about a young Pakistani man chancing corporate success on Wall Street, but becomes embroiled in a conflict between his American Dream, a hostage crisis, and the enduring call of his family's homeland. The feature will screen out of competition stars Riz Ahmed, Kate Hudson, Kiefer Sutherland, Liev Schreiber, Martin Donovan, Om Puri, Shabana Azmi, Haluk Bilginer and Meesha Shafi.

"The festival’s opening night will feature a film that provides much food for thought. It is a choice that intends to highlight the growing role of female creativity in all spheres of culture and contemporary society," said Alberto Barbera in a statement. "Mira Nair has made ??an exemplary film adaptation of a novel that deals with the topical issue of fundamentalisms of any kind or nature. With great sensitivity, subtlety and remarkable sense of cinematic narrative, the director is never reluctant to take a difficult stand, inspired by profound ethical and moral reasons that, although choosing to face reality, still reject its compromises and aberrations."

The Reluctant Fundamentalist synopsis courtesy of the Venice Film Festival:

Student demonstrations are raging in Lahore, as young Pakistani professor Changez Khan and a journalist, Bobby Lincoln, share a cup of tea and conversation.  Princeton-educated Changez tells Lincoln of his past as a brilliant business analyst on Wall Street. He talks of the glittering future that lay before him and the beautiful and sophisticated Erica whom he was set to share that future with.

But then 9/11 changes everything. Attitudes shift dramatically - his very name and face rendering him suspect.  Returning to his homeland and the family to whom he is very close, he takes up a post as lecturer at the local university, a hotbed of radicalism and the new militant academia.

The collegial pretense of the meeting in a Lahore teahouse, between Lincoln and Changez, slowly gives way to why the unlikely pair has gathered on a summer day --- another professor has been kidnapped by extremists, and the clock is ticking toward a deadline for his execution. Changez's family is being harassed and is in real danger. Bobby is there to listen, with an agenda of his own.  As it is revealed that Lincoln is in the lions' den with the CIA, we also learn that he has a personal stake in the immediate crisis at hand. Taking us through the culturally rich and beguiling worlds of New York, Lahore and Istanbul The Reluctant Fundamentalist is an exploration of prejudice and the phenomenon of globalization that is both exhilerating and deeply unsettling.