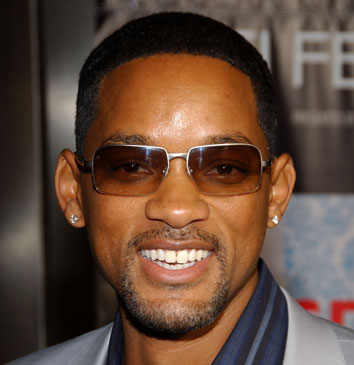 Maybe call it a trailer preamble. Tidbits of the backstory and a tease of M. Night Shyamalan's upcoming sci-fi pic After Earth spread around the internet after the film's official site launched a run-down of the backstory. The video gives an account of a 1908 spacecraft crash and the subsequent discovery of a technology called "Lightstream" that propelled humankind forward, before ultimately destroying it. Will Smith and his son Jaden Smith star in the project, which is slated for release next June.

The Columbia Pictures release pictures the descendants of the original Polish scientist who worked on the technology, the Raige family, studied Lightstream for generations, but its advances also resulted in environmental catastrophe and one of their own, Skyler Raige leads thousands to an alternative world. They become the most influential family in human history…

Smith and Smith play, you guessed it, father and son in this new world 1,000 years after the cataclysmic events forced humanity to flee earth, according to Comingsoon.net (http://www.comingsoon.net/news/movienews.php?id=92568). The elder Smith returns from duty to be a father to his estranged son Kitai (the younger Smith). But when an asteroid destroys their craft, they crash-down on a now unfamiliar planet Earth. Kitai has always wanted to be a soldier, and now with his father seriously injured in the cockpit, he must traverse a hostile land to recover their rescue beacon.