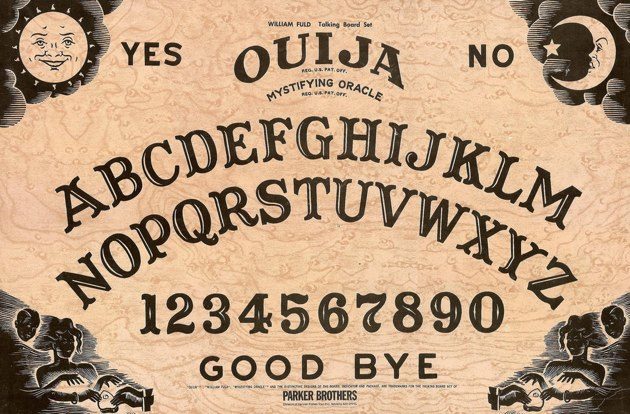 Just when it looked like we might dodge a movie based on Ouija (which even McG had the good taste and common sense to abandon at Paramount), along came Universal to pluck the Hasbro property out of turnaround like a dusky Goodwill relic. And now, with a release date looming, the studio has handed the project off to a new team that will get it in shape for 2013. But wait — it gets better.

Variety reports that Knowing screenwriters Juliet Snowden and Stiles White will do both the scripting and directing honors for co-producers Michael Bay and Jason Blum, the latter of whose Paranormal Activity franchise will serve as the "high-concept, low-budget model" for Ouija. OK? I mean, I have difficulty envisioning anything engineered to move a board game off Wal-Mart shelves as "high-concept," but low-budget, sure: Previous reports put the project's budget, whose previous incarnation at the 'Mount totaled a very, very ill-advised $150 million, at under $10 million.

And even that might be too much under the circumstances — didn't Breaking Bad already corner the market on foreboding uses of Ouija? Just bring back the Salamanca cousins!