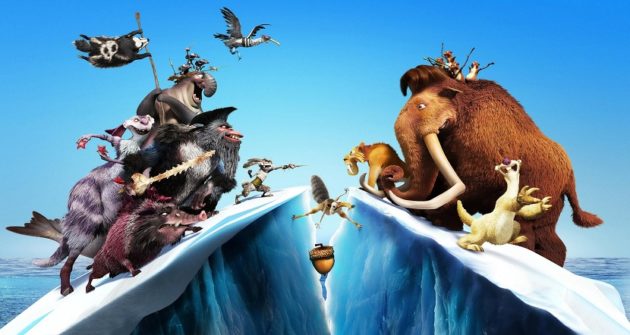 The last pre-Dark Knight Rises weekend at the multiplex came and went without much incident, unless you call The Amazing Spider-Man losing his grip on the No. 1 spot after one week an "incident." You decide! Either way, your Weekend Receipts are here.

The Ice Age franchise celebrated its 10th anniversary by rolling its opening-weekend domestic gross back to 2002 prices — the fourth installment of the series earned almost precisely what the original earned out of gate a decade ago. It still amounts to only the third highest opening of the series, but Fox will take it (not to mention deposing one-week wonder The Amazing Spider-Man for No. 1).

It took 11 days — including a holiday — for Sony's comics reboot to hit the $200 million mark domestically. That's fine and all, but in the summer of The Avengers and mere days ahead of the Dark Knight Rises megastorm that will wipe Spider-Man off the map, it's not really good enough, is it?

Time and time again over the last few weeks, the one conversation that seems to come up among me and people whose taste I generally trust involves the title Ted and the phrase, "It was better than I expected." If its box-office hold after three weeks is any indication, I am not the only one having this conversation.

Another reasonably good hold here, though what's really worth watching is how the overseas grosses start to mount over the next two months of foreign rollouts. The slowest of slow burns — Brave indeed!

Yeah, I'd say a sequel might be worth a try.