Comic-Con: RZA Gives the Heads-Up on The Man with the Iron Fists 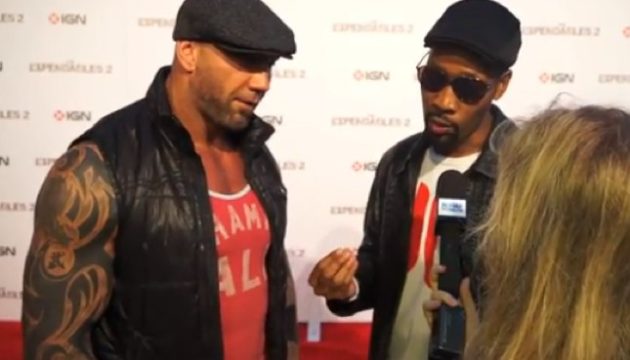 Hip hop artist RZA can now add "film director" to his already impressive resume. The co-founder of the Wu-Tang Clan completed his first feature, the action pic The Man with the Iron Fists, in which he appears along with Jamie Chung, Russell Crowe, Lucy Liu, Dave Bautista and more. RZA says Comic-Con itself inspired him by "coming across great art and lots of life." He also gives his take on Quentin Tarantino (RZA scored Kill Bill) who inspired him to make movie set in feudal China. Written by Eli Roth and RZA, the story revolves around a blacksmith who makes weapons for a small village and finds himself having to defend himself and his fellow villagers. Beyond the Trailer host Grace Randolph chats with RZA at Comic-Con who gives insight on how the movie got made and what kind of director he wants to be.