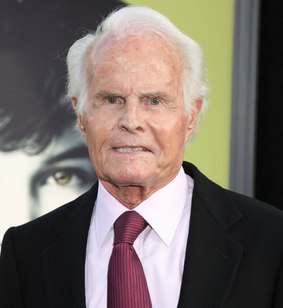 Richard D. "Dick" Zanuck, a scion of old Hollywood who produced blockbusters like Jaws and such Oscar-friendly fare as Driving Miss Daisy, died today after suffering a heart attack. He was 77. Zanuck took the production reins of 20th Century Fox — which his legendary father Darryl had helped bring to prominence before him — by the time he was 28. He would later team with partner David Brown to shepherd the work of Steven Spielberg to prominence before working with a deep roster of filmmakers including Sidney Lumet (The Verdict), Ron Howard (Cocoon) and frequent collaborator Tim Burton. Zanuck is survived by his wife Lili Fini Zanuck (with whom he shared Best Picture Oscar honors for Driving Miss Daisy) and sons Harrison and Dean. [Deadline]