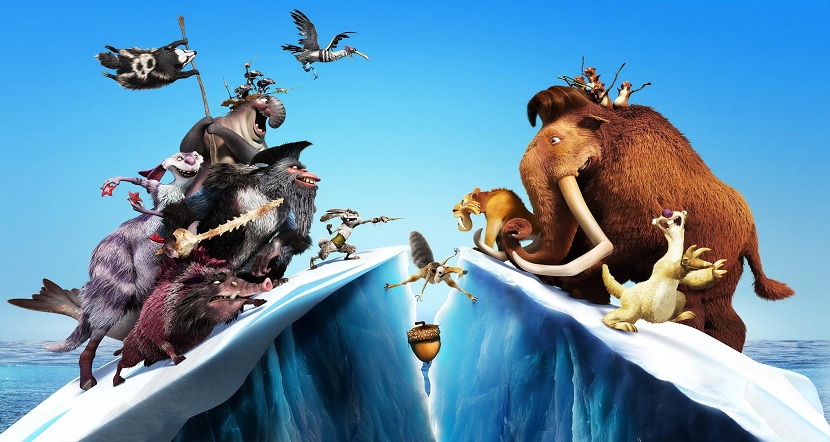 Ice Age 4 Arrives in N. America with $225M-plus in Overseas Box Office
Tracking services give the animated feature an opening in the $50 million range, though Fox is estimating $38 million to $40 million because of the lingering strength of Madagascar 3 and Brave, THR reports.

Schwarzenegger, Stallone Play the Crowd at Comic-Con
The two wooed the crowd and they ate it up in a press conference for The Expendables 2: Real American Heroes. Schwarzenegger revealed that a Twins sequel (possibly triplets) was in the works and that the cartoon The Governator may be a go after all, after being put on hold following his sex scandal, Deadline reports.

Will Smith in Talks for Cain and Abel Pic
Smith is considering making his directorial debut as well as star in the story about the feuding Biblical brothers. The working title is The Redemption of Cain, Deadline reports.

Did David Letterman Spoil The Dark Knight Rises Ending?
In the middle of a lively chat with Anne Hathaway, the late-night talk show host offered praise and perhaps a spoiler. "Of course Batman is dead in the end," he said, which seemed to shock Hathaway who plays Catwoman in the pic, THR reports.

Miguel Arteta Heists a Bank
The Cedar Rapids director will direct a big screen version of Troy Cook's comic crime novel 47 Rules of Highly Effective Bank Robbers. The story follows a pair of lovers running from their families, the law and underworld characters as they rob banks across the South, Variety reports.