Comic-Con: The Expendables 2 is "Bigger and Better" 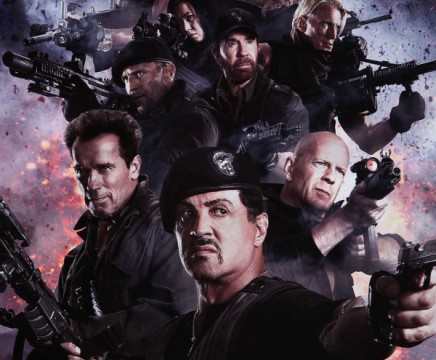 The Expendables 2 packs a power-punch of action rough 'em up characters including Sylvester Stallone, Jean-Claude Van Dame, Jet Li, Arnold Schwarzenegger, Liam Hemsworth. In their second outting, Mr. Church reunites the group for what should be an easy paycheck, but things go wrong when one of their men is murdered on the job. Revenge is on their minds, but that puts them in enemy territory up against an unexpected threat. The film hits theaters later this year, but Beyond The Trailer host Grace Randolph received some insider impressions of the new pic courtesy of cast members Terry Crews, Dolph Lundgren and Randy Couture at Comic-Con.

One star gushes about the second installment's "bigger and better" goods.