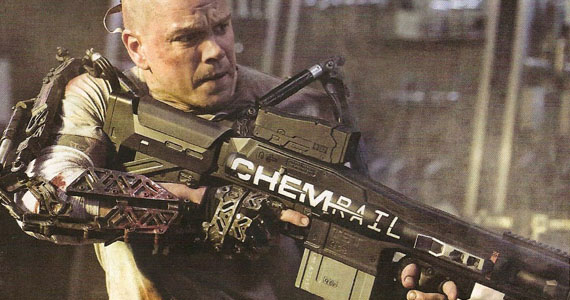 The first image of the mysterious Elysium has made its way onto the Internet and a smooth skulled Matt Damon sporting a severe weapon and futuristic bric-a-brac are revealed. Director Neill Blomkamp received an Oscar nomination for Best Screenplay for District 9 in 2010, which made over $115 million in the U.S. alone. Not bad for a feature directorial debut and no doubt a pass to move onto bigger and brighter things.

The image, which came via The Playlist is reminiscent of District 9 weaponry. Sony said the sci-fi pic will be part of their presentation at Comic-Con. But, is it just me or does this image of Matt Damon make him look eerily similar to a notorious Dutch man currently sitting in a Peruvian prison? Joran van der Sloot looks like he could be a double for Damon in this pic if one just gave him some weapons (or maybe not a good idea), a tan shirt and some robotic attachments… 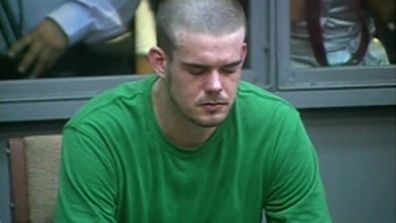 Pardon the digress. Elysium also stars Jodie Foster, Sharlto Copley, William Fichtner, Alice Braga, Diego Luna and Wagner Moura and is slated to open next March. Set in 2159, a wealthy elite live on a man-made space station, while everyone else lives on a ruined Earth. It is one man's mission (Damon) to bring back equality to the divergent worlds.

[Source: Screenrant via The Playlist]