TRAILER: Jesse Eisenberg Gets Kidnapped By Mom's Drug Dealer in Why Stop Now 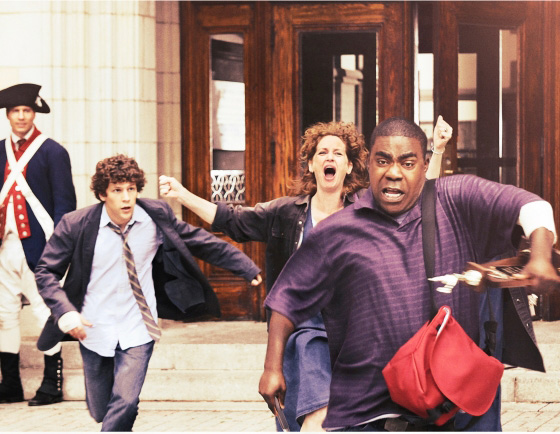 Jesse Eisenberg landed an Oscar nomination for his portrayal of Mark Zuckerberg in The Social Network and most recently, he is a love-sick architect opposite Alec Baldwin in Woody Allen's To Rome with Love. Next up, the young star plays a piano prodigy who tries to check his mother (played by Oscar-winner Melissa Leo) into rehab. Things, however, go awry when he is taken hostage by her drug dealer (hate when that happens) and he is suddenly off on a wild adventure.

The film was formerly titled Predisposed when it debuted at the Sundance Film Festival earlier this year. Despite the obvious that's revealed in the trailer - namely the aforementioned mother who is hooked on drugs and a kidnapping by a drug dealer, the film appears to have some laughs. Phil Dorling and Ron Nyswanner co-direct the film and wrote the screenplay. IFC Films will release the film August 17th.