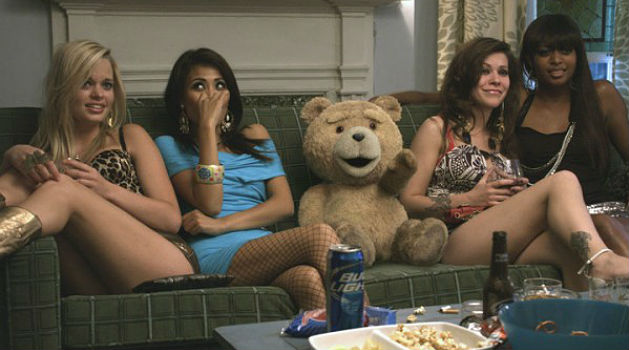 The star of Seth MacFarlane's R-rated comedy Ted reportedly has an entire fetish community agog, only it's not Mark Wahlberg, though plenty of folks are probably feeling his good vibrations. It's the bear.

Wahlberg stars in the comedy as a Boston slacker whose BFF, Ted — a stuffed animal come alive thanks to a childhood wish — is an irresponsible, wise-cracking stoner. (Not to mention a ladies' man — or, bear. Whatever.)

TMZ reports that the CG-created Ted has become a "sex symbol" for plushophiles, or plushies, who comprise a subcategory within the furry community:

So, uh, eat your heart out, Channing Tatum?