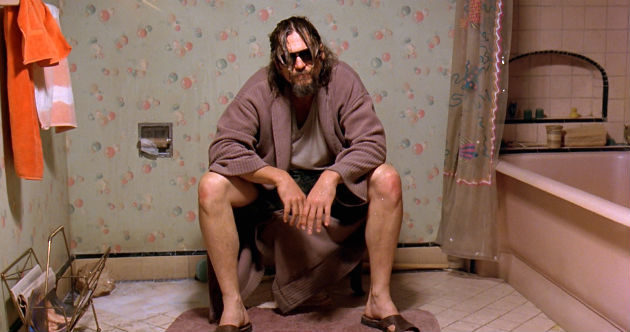 It's a big day for reputable news outlets to make a fool of themselves. First CNN announces that SCOTUS spiked Obamacare, now CBS Los Angeles is announcing a greenlight on a film — The Big Lebowski 2 — that anyone with an ounce of common sense knows is not real.

Picking up on a story from SuperOfficialNews.com (which sources “The Ass Press”) CBS Los Angeles invites fans of The Big Lebowski to “lift up your white russian!” According to the post, Jeff Bridges, John Goodman, John Turturro, Philip Seymour Hoffman and Julianne Moore are allegedly on board for a Lebowski sequel called The Big Lebowski 2: The Dude Goes To Washington.

The premise has it that the local bowling alley is being turned into a parking garage and only The Dude's son (Jesse Eisenberg), as the world's youngest Congressman, can help.

No diss to SuperOfficialNews.com, whose other joke pieces include Pat Robertson announcing he is gay and Facebook announcing a for-pay “gold account”, but this one is so... not-really-all-that-funny that I guess one could be forgiven for thinking it is real.

Nevermind that the Coen Brothers have basically disowned The Big Lebowski, repeatedly shrugging off its cultural importance at press events and refusing to involve themselves in the ever popular Lebowski Fests. If you recall, when the only news source more trusted than SuperOfficialNews — Tara Reid — mentioned she was doing a Lebowski sequel, the Coen Brothers publicly scoffed at her.

The CBS Los Angeles piece has no byline, but I imagine the author might deflect with “new shit has come to light” or “lotta ins lotta outs, lotta what have yous.” If they raised their voice in defiance, a quieting “calmer than you are” might be the only retort.