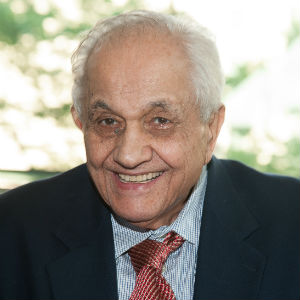 Decades after championing auteur theory and tangling with Pauline Kael, New York-based film critic Andrew Sarris has died at the age of 83, survived by his wife, the film critic Molly Haskell. In honor of one of the most influential careers in American film criticism, revisit one of Sarris's first notable reviews -- his celebration of Alfred Hitchcock's seminal 1960 film Psycho, which the then-32-year-old insisted "should be seen at least three times by any discerning film-goer."

Sarris, whose career spanned stints at the New York Bulletin, the Village Voice, and The New York Observer, popularized and championed the auteur theory after spending time with New Wave filmmakers in Paris. Subbing in for the absent Village Voice critic Jonas Mekas, he infused his review of Psycho with this approach to viewing film as a expression of a director's personal vision, later solidifying his stance (and coining the phrase "auteur theory") in his 1962 essay "Notes on the Auteur Theory."

But back to bold beginnings: Read Sarris's full Psycho review here (re-published in J. Hoberman's 2010 remembrance), portions of which are excerpted below.

"A close inspection of Psycho indicates not only that the French have been right all along, but that Hitchcock is the most-daring avant-garde film-maker in America today. Besides making previous horror films look like variations of Pollyanna, Psycho is overlaid with a richly symbolic commentary on the modern world as a public swamp in which human feelings and passions are flushed down the drain. What once seemed like impurities in his patented cut-and-chase technique now give Psycho and the rest of Hollywood Hitchcock a personal flavor and intellectual penetration which his British classics lack."

"...Hitchcock no longer cheats his endings. Where the mystery of Diabolique, for example, is explained in the most popular after-all-this-is-just-a-movie-and-we've-been-taken manner, the solution of Psycho is more ghoulish than the antecedent horror which includes the grisliest murder scenes ever filmed. Although Hitchcock continually teases his conglomerate audience, he never fails to deliver on his most ominous portents. Such divergent American institutions as motherhood and motels, will never seem quite the same again, and only Hitchcock could give a soft-spoken State Trooper the visually sinister overtones of a dehumanized machine patrolling a conformist society."

"Psycho should be seen at least three times by any discerning film-goer, the first time for the sheer terror of the experience, and on this occasion I fully agree with Hitchcock that only a congenital spoilsport would reveal the plot; the second time for the macabre comedy inherent in the conception of the film; and the third for all the hidden meanings and symbols lurking beneath the surface of the first American movie since Touch of Evil to stand in the same creative rank as the great European films."