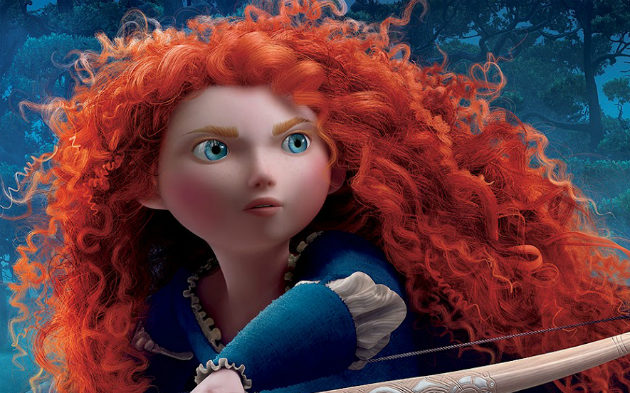 Critics will argue over Disney-Pixar's 11th century Scottish princess adventure Brave, but there's one thing we can all agree on: That redheaded Merida chick has one fantastic head of hair. And as the Wall Street Journal reports, it wasn't easy to do the 'do. "Merida's hair is made up of 1,500 individually sculpted curves, distinct points in a three-dimensional space, that are programmed to bounce and interact in relation to one another via a new software system, says [Pixar simulation supervisor Claudia Chung]. Another software program was created to make the hair react more realistically to the character's movements and surroundings." Not bad for a girl born nine centuries before the invention of Herbal Essences. [WSJ via Movie City News]