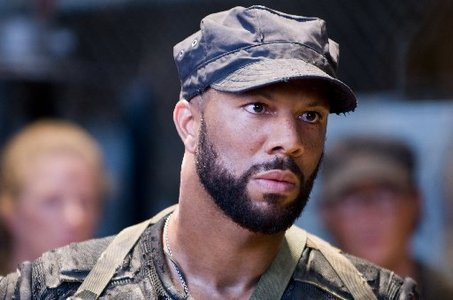 Also in Tuesday afternoon's round up of news briefs, Magnolia Pictures and Strand Releasing each pick up a 2012 Tribeca Film Festival title, while Monique Gabriela Curnen and Kathy Baker join an indie thriller. Marina Abramovic nabs a French festival prize, Mark Cuban gives his two cents at a producers conference over the weekend and what to do about those pesky website responses… The British have an answer.

Magnolia Pictures Nabs U.S. Rights to Évocateur: The Morton Downey Jr. Movie
The documentary about the seminal talk show host is directed by Ironbound Films’ Seth Kramer, Daniel A. Miller and Jeremy Newberger. Downey exploded made a splash onto the late ‘80s talk show circuit, uprooting the traditional format by turning debate of current issues into a brouhaha, earning the title “Father of Trash Television.” The film, which premiered at the Tribeca Film Festival earlier this year, will be released theatrically by Magnolia in the first quarter of 2013.

Monique Gabriela Curnen and Kathy Baker Join Model Home
The actresses have joined indie the indie thriller to be directed by Patrick Cunningham. Cunningham co-wrote the screenplay, which marks his feature debut, with William Frank. The story explores the little-known practice of “live-in staging,” where recently evicted families are recruited to live in unsold properties.

Marina Abramovic Takes Top Prize at 1st Champs-Elysées Film Festival
The Sundance world premiere won the audience prize for feature-length film from the U.S. The audience prize for best short film from the U.S. went to Motherland by Shariq Siddiqui while best French short went to It's a Miracl'House by Stéphane Freiss. Created by Sophie Dulac, the festival programmed some 50 films enabling Parisian audiences to discover the variety of productions available from France and the United States.

Universal Talks with Duplass Bros for Same Time, Next Year Re-do
The studio along with producers Walter Mirisch and Scott Rudin plan a remake of the 1978 romantic comedy and are negotiating with Mark and Jay Duplass to write the script with the possibility to direct the feature, Deadline reports.

9 Best Things Mark Cuban Said at Producers Guild Conference
Produce as long as you can market; TV triumphs over online in revenue; Online numbers are deceiving and so is Facebook… Indiewire details some of the mogul's proclamations.

Websites to be Forced to Identify "Trolls" by Brits
Websites will soon be forced to identify people who have posted defamatory messages online. New U.K. government proposals say victims have a right to know who is behind malicious messages without the need for costly legal battles, BBC reports.