Looky, Looky, A Rufio-Centric Hook Prequel Is In The Works 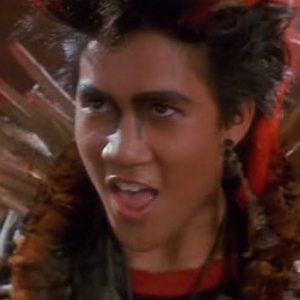 So says Rufio himself! Chatting with Crave Online, Hook actor Dante Basco waxed nostalgic about imaginary food fightin' with Robin Williams in the 1991 cult flick and let slip that he's attached to produce a Rufio prequel, with Zorro director Rpin Suwannath at the helm. Of course, the project is A) currently only in development and B) going the indie route, so take it with a grain of salt. That said, in the spirit of the Lost Boys, let your inner kid dream big. Ru-fi-OOO!

According to Basco, who appeared in two films at the Los Angeles Asian Film Festival, the Rufio film will be based on a musical that comedy troupe The Younger Statesmen wrote in college. "These guys have a whole storyline of how he gets the mohawk," Basco told Crave. "The whole story’s crazy. These guys came with the script, I’m like, 'You guys wrote this?'"

"Not only did they write this, they did the musical in their college. They were going to go off Broadway with it and then they lost their insurance and they came to Hollywood. If anyone saw their play it’s that, but the newer version is pretty intense. They added more action. I never saw the play but I think they added more backstory to Rufio, like how he became Rufio which I was impressed by."

So: Good idea or bad idea? The original film made money but tanked with critics (though it did garner five Oscar nods), but ask any kid of the '90s and I'd bet they'd watch a Rufio spin-off in a heartbeat.