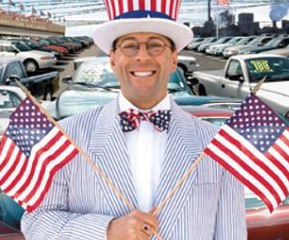 "'Yeah, Romney. He's just such a disappointment, an embarrassment. Chin up, hair up. He's just one of those guys, one of those guys who says he's going to change everything. [...] And he'll get in there, and they'll smile at him and introduce themselves: "We're Congress, we make sure nothing changes." He won't do it. He can't. Everybody wants to be Barack Obama. And what did he change?'" [Esquire]