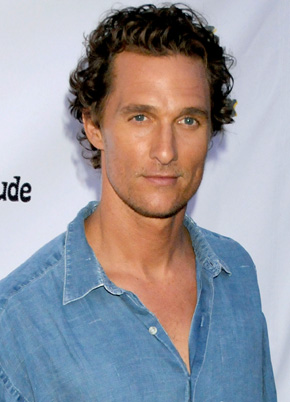 Also in Tuesday morning's Biz Break: Horizon Movies picks up an ode to '70s and '80s thrillers, Martin Scorsese is driving a new Rolls Royce pic, movies are top for consumers, and more...

Thunder Run Gets Go Ahead
Ahead of Cannes, Freedom Films has partnered with Paradox Entertainment in a "substantial" domestic P&A financing arrangement for the CG 3-D action thriller Thunder Run. Matthew McConaughey, Sam Worthington and Gerard Butler are attached. The story centers on the bloody capture of Baghdad by American forces at the onset of the Iraq War, when three battalions and fewer than a thousand men launched a violent thrust of tanks and Bradley Fighting Vehicles into the heart of a city of five million, igniting a three-day blitzkrieg, which military professionals often refer to as a lightning strike. Hyde Park International is handling sales at the Cannes Market.

Horizon Movies Takes North American Rights to Mr. Hush
Kino Lorber's Horizon Movies label picked up the film, described as an ode to the horror movies of the '70s and '80s. Set in an idyllic Pennsylvania town, the film tells the story of Holland Price, a devoted husband and loving father, who, unbeknownst to him, becomes the target of evil and dark forces.

Consumers Are Pleased with Movies; Other Media Not So Much
Respondents to an American Customer Satisfaction Index (ACSI) gave motion pictures a score of 76 on a 100-point scale, up from 73 in 2011. Movies scored over broadcast and cable TV news programs, subscription TV and more, Deadline reports.

Bully Director: Mitt Romney Apology 'Fell Short'
Last week the Washington Post reported that while a student at Michigan's elite Cranbrook Academy, the future presidential candidate and a group of friends confronted a classmate they suspected of being gay and pinned him down to cut off his long hair. "This could be a true presidential moment for Mitt Romney," Hirsch told THR. "My hope is that he would recognize that we are past framing bullying as horse play or pranking around. We need our leaders to call it as it is."

Career Watch: The Commodification of Johnny Depp
Johnny Depp's career has been set on cruise control for years, and it's worked splendidly. He's Hollywood's highest-paid actor along with Will Smith, received not one but two Golden Globe nominations in 2011 (for two of his worst films) and is happy getting paid stupid amounts of money even though he agrees it's ridiculous and does not find it stimulating, Thompson on Hollywood reports.