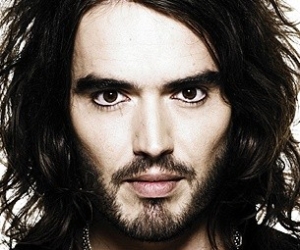 Also in Thursday morning's Biz Break: Another star may be leaving Quentin Tarantino's Django Unchained, getting to know this year's Cannes competition jury and a new 'bear' animation heads for production.

Russell Brand to Host MTV Movie Awards
Brand will host the awards show for the first time on June 3 from the Gibson Amphitheatre in Universal City in California. Drive, Like Crazy, The Descendants, The Girl with the Dragon Tattoo and My Week with Marilyn are among this year's nominees.

Thai Cannes Palme d'Or Winner to Head Locarno Jury
Thai director Apichatpong Weerasethakul, who won the Cannes Palme d’Or in 2010 for Uncle Boonmee Who Can Recall His Past Lives, will lead the jury at the Locarno Film Festival in Switzerland this summer. The 65th edition will take place August 1 - 11.

Vulgaria to Open New York Asian Film Festival
The comedy by Pang Ho-cheung is described as a "movie about making movies," featuring gangsters with names like Brother Tyrannosaur, sleazy lawyers, the sex-film industry, and men who "love donkeys perhaps a little too much." The 2012 NYAFF Lifetime Achievement Award will go to Korean action director Chung Chang-Wha.

Sacha Baron Cohen Unties from Django
He was originally attached to play the role of Scotty Harmony, a role described in the screenplay as an overweight 24-year-old who receives a female slave as a gift from his father. Dictator commitments are keeping him away from the Quentin Tarantino-directed feature. Kurt Russell may also be on the way out, Cinemapulse reports.

Meet the Jury Who Will Decide the Cannes Palme d'Or
Actors, directors and a fashion designer are among this group of people who will decide on Cannes winners this year, including the top prize, the Palme d'Or. THR reports.

Producer David Heyman and StudioCanal Team for Paddington Bear
Paul King will direct the story of the curious young bear who travels from Peru to London’s Paddington station where he’s taken in by an English family, Deadline reports.