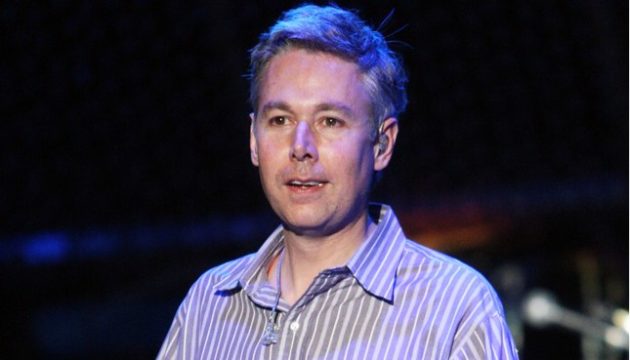 Tragic, shocking news out of New York just now: Adam Yauch — a.k.a. MCA, one-third of rap legends the Beastie Boys, influential filmmaker and music-video director, and founder of independent-film distributor Oscilloscope Laboratories — has died following his long battle with cancer. He was 47.

Movieline will have more on Yauch's passing, including official comment from Oscilloscope and appreciations of Yauch's artistic legacy, throughout the day. Developing...

"We are deeply, deeply saddened by the passing of Adam Yauch – an amazing leader, a dear friend and an incredible human being. Today we are heartbroken at Oscilloscope as we take in this awful news and our thoughts are with his family at this difficult time. Adam's legacy will remain a driving force at Oscilloscope – his indomitable spirit and his great passion for film, people, and hard work - always with a sense of humor and a lot of heart."

And this followed from the Beastie Boys' management company Nasty Little Man:

It is with great sadness that we confirm that musician, rapper, activist and director Adam "MCA" Yauch, founding member of Beastie Boys and also of the Milarepa Foundation that produced the Tibetan Freedom Concert benefits, and film production and distribution company Oscilloscope Laboratories, passed away in his native New York City this morning after a near-three-year battle with cancer. He was 47 years old.

Born in Brooklyn, New York, Yauch taught himself to play bass in high school, forming a band for his 17th birthday party that would later become known the world over as Beastie Boys.

With fellow members Michael "Mike D" Diamond and Adam "Adrock" Horovitz, Beastie Boys would go on to sell over 40 million records, release four #1 albums--including the first hip hop album ever to top the Billboard 200, the band's 1986 debut full length, Licensed To Ill--win three Grammys, and the MTV Video Vanguard Lifetime Achievement award. Last month Beastie Boys were inducted into the Rock & Roll Hall of Fame, with Diamond and Horovitz reading an acceptance speech on behalf of Yauch, who was unable to attend.

In addition to his hand in creating such historic Beastie Boys albums as Paul's Boutique, Check Your Head, Ill Communication, Hello Nasty and more, Yauch was a founder of the Milarepa Fund, a non-profit organization dedicated to promoting awareness and activism regarding the injustices perpetrated on native Tibetans by Chinese occupational government and military forces. In 1996, Milarepa produced the first Tibetan Freedom Concert in San Francisco's Golden Gate Park, which was attended by 100,000 people, making it the biggest benefit concert on U.S. soil since 1985's Live Aid. The Tibetan Freedom Concert series would continue to stage some of the most significant benefit shows in the world for nearly a decade following in New York City, Washington DC, Tokyo, Sydney, Amsterdam, Taipei and other cities.

In the wake of September 11, 2001, Milarepa organized New Yorkers Against Violence, a benefit headlined by Beastie Boys at New York's Hammerstein Ballroom, with net proceeds disbursed to the New York Women's Foundation Disaster Relief Fund and the New York Association for New Americans (NYANA) September 11th Fund for New Americans--each chosen for their efforts on behalf of 9/11 victims least likely to receive help from other sources.

Under the alias of Nathanial Hörnblowér, Yauch directed iconic Beastie Boys videos including 'So Whatcha Want,' 'Intergalactic,' 'Body Movin' and 'Ch-Check It Out.' Under his own name, Yauch directed last year's Fight For Your Right Revisited, an extended video for 'Make Some Noise' from Beastie Boys' Hot Sauce Committee Part Two, starring Elijah Wood, Danny McBride and Seth Rogen as the 1986 Beastie Boys, making their way through a half hour of cameo-studded misadventures before squaring off against Jack Black, Will Ferrell and John C. Reilly as Beastie Boys of the future.

Yauch's passion and talent for filmmaking led to his founding of Oscilloscope Laboratories, which in 2008 released his directorial film debut, the basketball documentary Gunnin' For That #1 Spot and has since become a major force in independent video distribution, amassing a catalogue of such acclaimed titles as Kelly Reichardt's Wendy and Lucy, Oren Moverman's The Messenger, Banksy's Exit Through The Gift Shop, Lance Bangs and Spike Jonze's Tell Them Anything You Want: A Portrait Of Maurice Sendak, and many more.

Yauch is survived by his wife Dechen and his daughter Tenzin Losel, as well as his parents Frances and Noel Yauch.