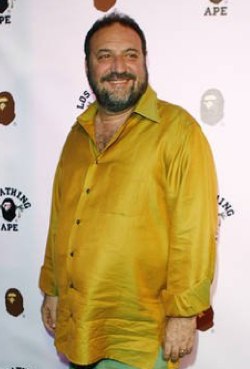 Well, not free free, but still: Hollywood superproducer Joel Silver is looking for a new studio home for his Silver Pictures operation, with which Warner Bros. will officially part ways at the end of 2012. The separation marks the close of a 25-year relationship that yielded blockbuster franchises from Lethal Weapon to The Matrix to Sherlock Holmes — and more than a few shouting matches, outstanding loans and other troubling legacies.

Nikki Finke has the juicy details at Deadline, largely focusing on the ongoing battles between Silver and Warner Bros. boss Jeff Robinov:

Robinov used his own surrogates to make Silver aware that the studio was about to “address the economics” of his Warner Bros. deal if — and that was a big “if” — it was renewed at the end of the year. Which Silver correctly interpreted as meaning a drastic reduction in his already greatly reduced contract terms even though the studio had not yet presented any details. Robinov counted on Silver imploding, which is exactly what happened. [...]

It’s well known in Hollywood that the lavish-living Silver has relied on a longstanding series of loans from Warner Bros. by taking advances against the money due him on his movies. Once he leaves Warner Bros., Silver must repay those loans. Will another studio be willing to let him borrow in an arrangement which Silver’s lawyer Bert Fields once described as “a running account between them"?

Yikes. Finke suggests Universal as a possible fit, which is as good a guess as any with Silver pal Ron Meyer (whose daughter also works for Silver) running the ship. Or maybe not! Anyone out there need a 59-year-old terror to watch your lot and spend your money? Suggestions welcome...