'The Man Was a Giant': NYC Film Guru Amos Vogel Dead at 91 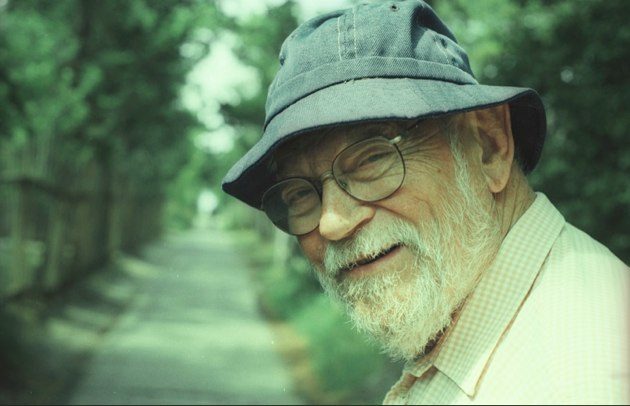 Sad news out of Manhattan: Amos Vogel, whose championing of foreign and independent film changed the direction of modern cinema over the last half-century, has passed away. He was 91. Vogel's Cinema 16 events, introduced in 1947, battled censors and opened viewers' eyes to the likes of Roman Polanski, Yasujirō Ozu, Robert Bresson, John Cassavetes and scores of other auteurs — in some cases before the word "auteur" meant anything. He also co-founded the New York Film Festival, which this year celebrates its 50th anniversary as the city's leading light of movie culture.

Over at the Web site of the Film Society of Lincoln Center, which as recently as last fall hosted Vogel to kick off a countdown to this year's milestone NYFF, Eugene Hernandez offers a nice look back at the film firebrand's life — including a statement by Vogel devotee Martin Scorsese:

"If you’re looking for the origins of film culture in America, look no further than Amos Vogel. [...] Between Cinema 16 (which he ran with his beloved wife Marcia and which opened our eyes to Maya Deren, Stan Brakhage, Bruce Conner, Kenneth Anger, Cassavetes’ Shadows, and hundreds of other visionary films and filmmakers), The New York Film Festival (which he co-founded with Richard Roud), and his book Film As a Subversive Art, Amos opened the doors to every possibility in film viewing, film exhibition, film curating, film appreciation. He was also unfailingly generous, encouraging and supportive of so many young filmmakers, including me when I was just starting to make my first pictures. No doubt about it - the man was a giant."

Vogel, who turned 91 a week ago today, passed away surrounded by family in the Greenwich Village apartment he shared with his late wife Marcia, who died in 2009. Paul Cronin's 2004 documentary about Vogel, Film as a Subversive Art: Amos Vogel and Cinema 16, is viewable in its entirety below. R.I.P.