Bikers and Sombreros and Boogeymen, Oh My: The Work of Shia LaBeouf, Comic Book Artist 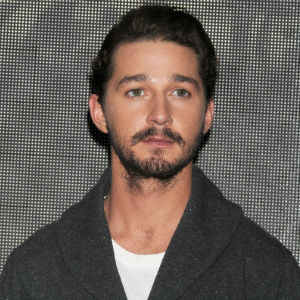 Shia LaBeouf popped up on a whim last weekend at Chicago's C2E2 to peddle three original comic books he created, and thanks to the lucky and enterprising comics fans on the ground the internet now has a look at the imagery and philosophical musings whirling around in Shia's brain. Like: Random thoughts on poets (they bore him), someone who looks an awful lot like the boogeyman (okay, LaBeouf pal Marilyn Manson), and the adventures of a canyon-jumping biker and his sombrero-wearing pal.

Comics Alliance got their hands on two of the three books LaBeouf flew into Chicago to sell and sign (entitled "Let's F****** Party," "Stale N Mate," and "Cyclical") and shared a few pages, along with this critique: "I'd be lying if I said LaBeouf's comics -- if you can call picture books consisting entirely of splash pages and only the occasional word balloon comics -- are any good. They aren't."

Way harsh, guys! Take a look for yourself: 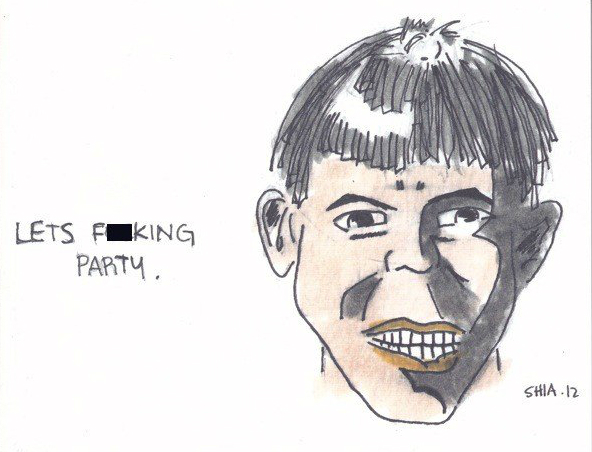 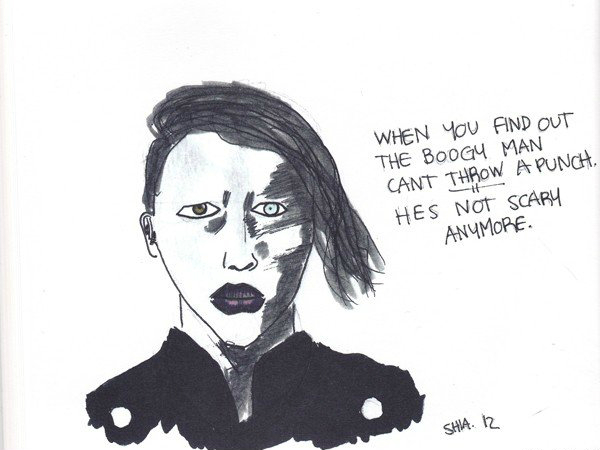 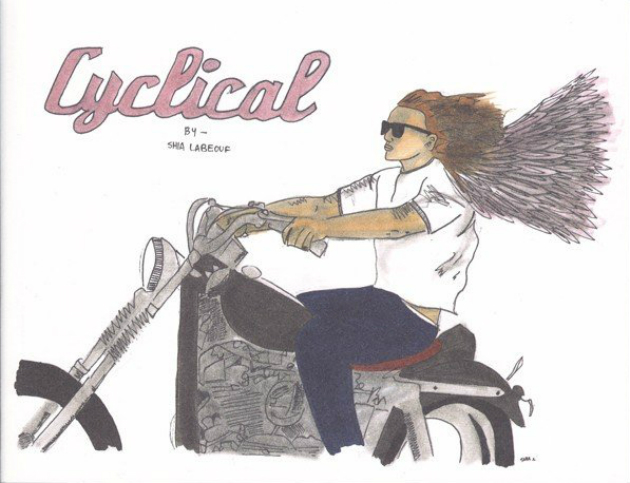 Meanwhile, The Chicago Tribune was just as surprised to find LaBeouf in C2E2's Artists Alley:

During a rare break in the line, LaBeouf, in a booming, quasi-mock arrogant voice, explained that this comic here — titled "Let's ... Party" — is an illustrated book of his thoughts and that this comic book here — titled "Stale N Mate" —is about an incarcerated man who really just wants a smoke. Asked if he wanted to be a comic book artist now, he replied: "I didn't think I wanted to, but I love this, man. I'm so used to working in a room with 50 people looking at me. Doing these books are like singing in the shower."

Honestly, I've seen far cruder art work and pretentious conceptual-philosophical doodlings among the self-published books you can find in any hipster bookstore in Los Angeles. Forget the mainstream, Shia. Sell your books in Silverlake and you'll be anointed an indie comics celeb wunderkind in no time.