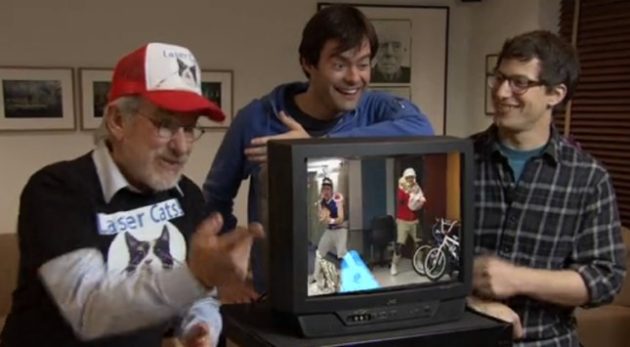 Despite (nay, thanks largely to) its $12.76 budget, Steven Spielberg's contribution to the 'Laser Cats' canon last night on SNL — featuring callouts to most of his major films and/or franchises — was arguably his most entertaining work since Catch Me If You Can. I liked it a lot more than War Horse, anyway. This is a man turning a creative corner!

When he rolls the TV in and rocks the VHS tape? I pretty much die. Needs more Jaws, though.