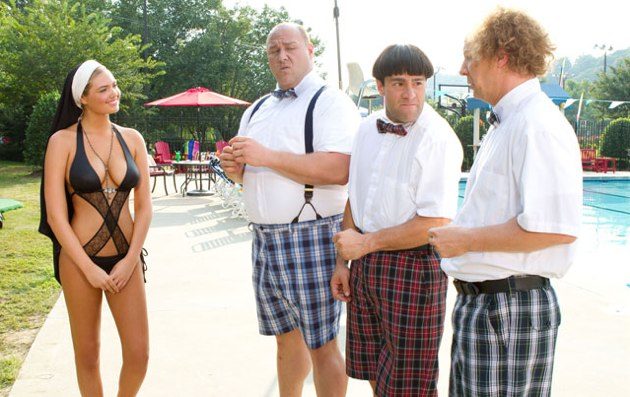 What's Catholic League president Bill Donohue upset about today? Oh, the usual: "In the 1950s, Hollywood generally avoided crude fare and was respectful of religion. Today it specializes in crudity and trashes Christianity, especially Catholicism. Enter The Three Stooges. The movie is not just another remake: It is a cultural marker of sociological significance, and what it says about the way we've changed is not encouraging." A Fox spokesman responds: "I think we did the audience a favor by letting Kate Upton wear the nun-kini rather than Larry David — it could have gone either way." [THR]